The disheartening story has been told of how a woman was rushed to the hospital and was confirmed dead following the repeated beatings she allegedly received from her husband.

A witness, identified as @Biraphil on Twitter, said he was in the hospital to see his mum when he ran into the husband wailing after he was informed of his wife’s passing.

He said he got to know the cause of the woman’s death after the man’s sister stated that he refused to listen when he was repeatedly warned to stop beating his wife. The Twitter user stated that surprisingly, the abusive husband is in his 60s.

He said doctors disclosed that the woman died of internal bleeding in the skull.

Read his tweets below… 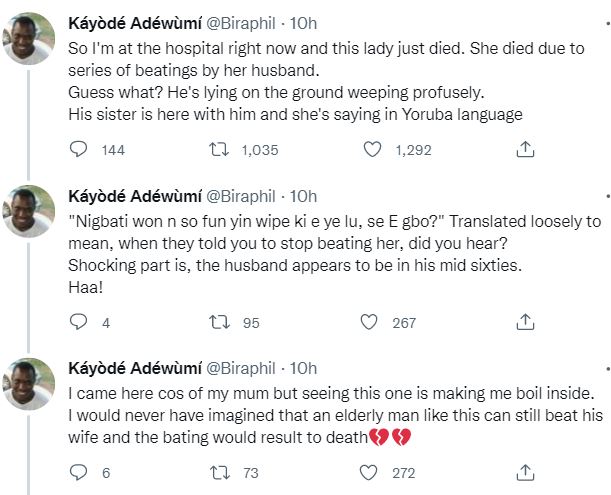 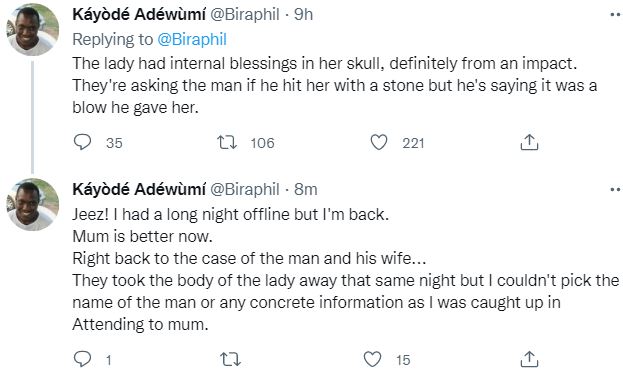