It’s another sad moment for Nollywood. The industry has lost one of its popular actors and filmmakers, Osmond Gbadebo to the cold arms of death.

The talented actor died in the late hours of Monday.

The cause of his death is unknown at the time of filling this report.

His Colleagues Madam Saje, Adeniyi Johnson, Tola Oladokun, Saidi Balogun, Tawa Ajesefinni, Omowunmi Adeboye, and others took to social media to mourn after they confirmed the news of his death. 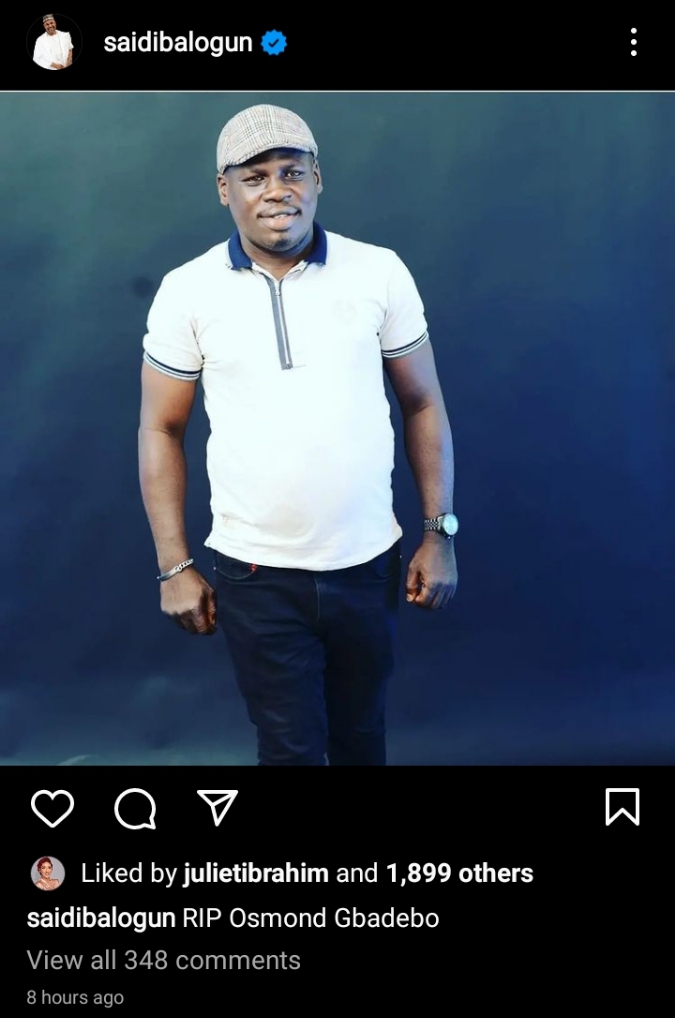 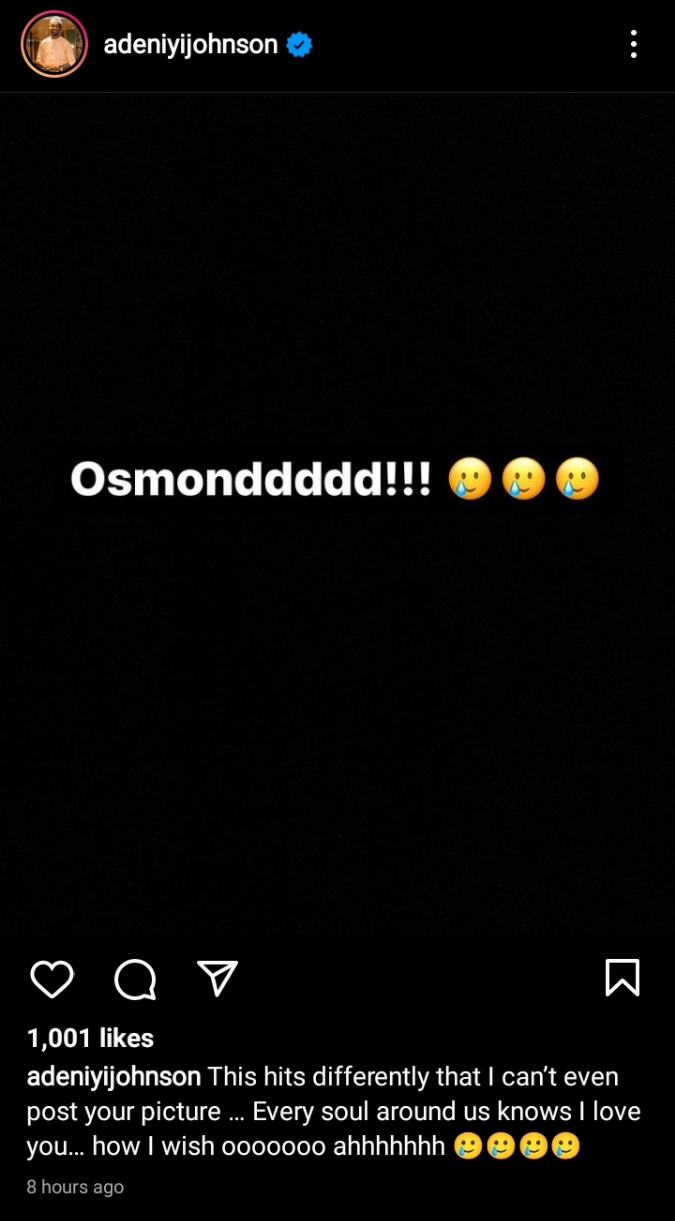 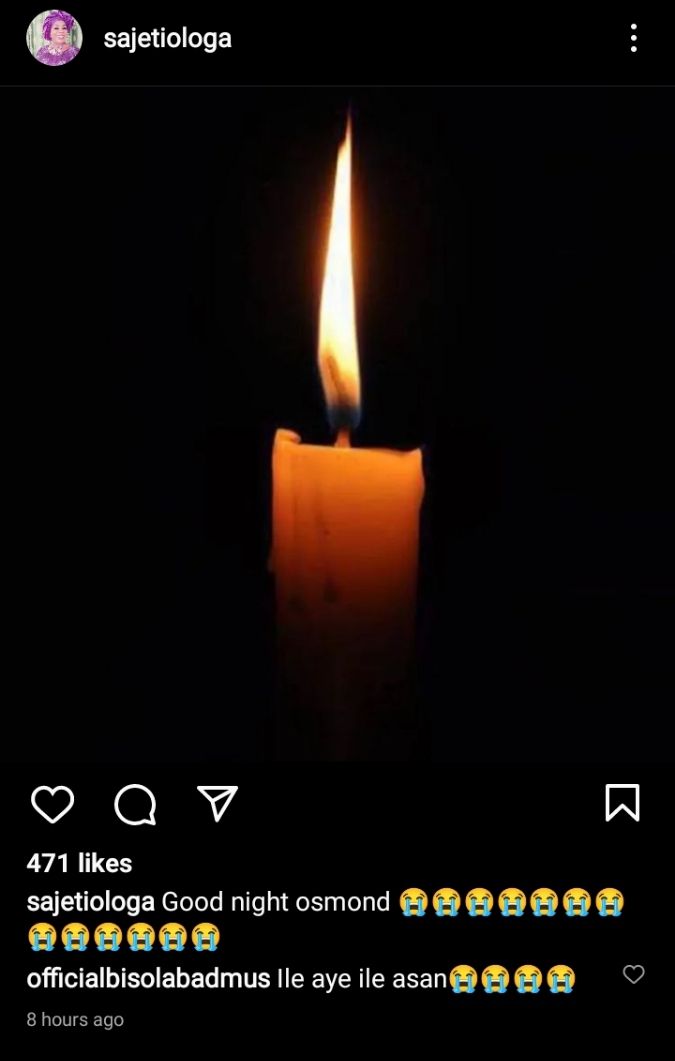 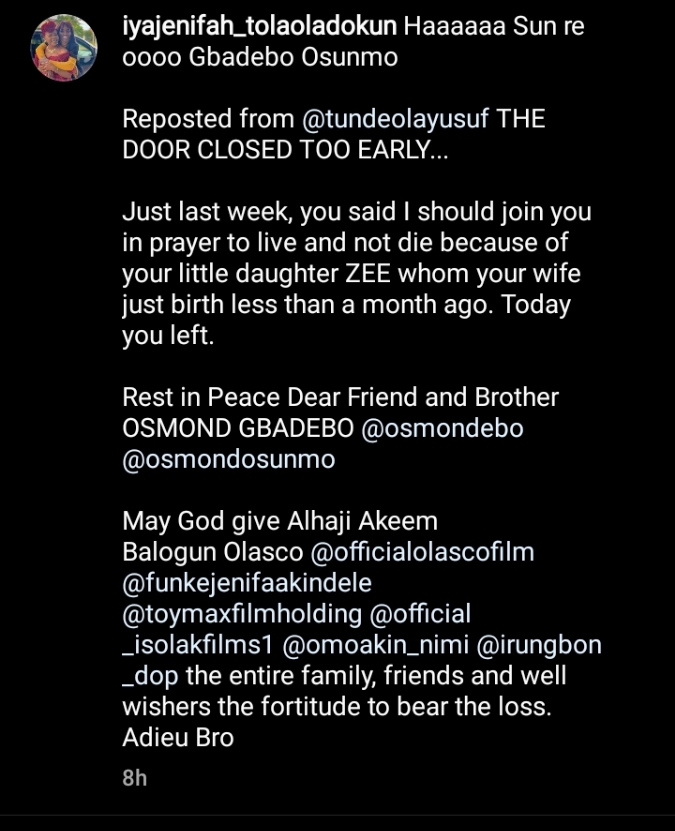 Osmond was a movie producer who has featured in over 100 Nollywood movies.

He has featured in the following Nollywood movies English Ede Oyinbo, Ewure It’s Alake, Awofele, Oso Aje among others.