French president, Emmanuel Macron has sent his condolences to the family of a French journalist killed by Russians.

BFMTV journalist Frédéric Leclerc-Imhoff, 32, died on Monday, May 30, when shell shrapnel struck the humanitarian aid bus he was travelling in to Lysychansk, Severodonetsk.

It was gathered that an armored evacuation vehicle in which he was travelling was hit by shrapnel from a Russian shell in the city of Sievierodonetsk in eastern Ukraine, resulting in his death.

News channel BFMTV said in a statement it was “immensely saddened” to announce the death of Frédéric Leclerc-Imhoff, 32, who had worked for it for six years and was on his second tour of the conflict, adding that the journalist and cameraman was killed on the road to Lysychansk.

“Our reporter was covering the ongoing war. He was the victim of shrapnel while following a humanitarian operation in an armoured vehicle on Monday,” the 24-hour news station said.

“He was accompanied by his colleague, Maxime Brandstaetter, who was slightly injured during this strike, and their fixer, Oksana Leuta, who was unharmed.” Leclerc-Imhoff had been reporting from the easternmost Ukrainian-held city, which has come under intense attack from Russia.

The French president, Emmanuel Macron, said the reporter “was in Ukraine to show the reality of the war. Onboard a humanitarian bus, alongside civilians forced to flee to escape Russian bombs, he was fatally shot. I share the pain of the family, relatives, and colleagues of Frédéric Leclerc-Imhoff, to whom I send my condolences.”

France’s new foreign minister, Catherine Colonna, has called for an investigation into Leclerc-Imhoff’s death. “France demands that a probe is carried out as soon as possible and in transparency on the circumstances of this drama,” she said in a statement.

Luhansk’s regional governor, Serhiy Haidai, said on Telegram that the armoured evacuation vehicle came “under enemy fire” as it went to collect 10 people from the area. 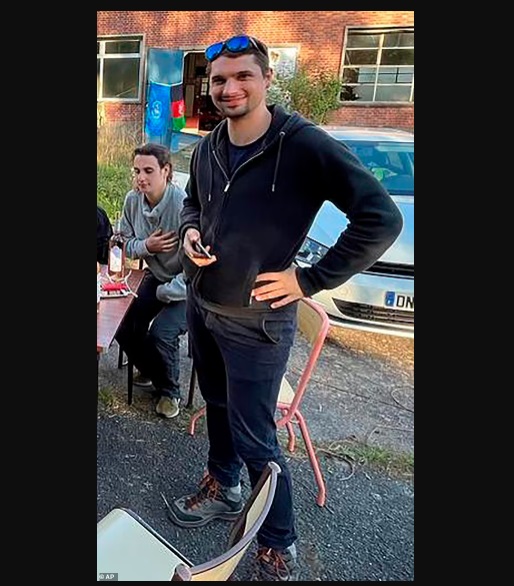 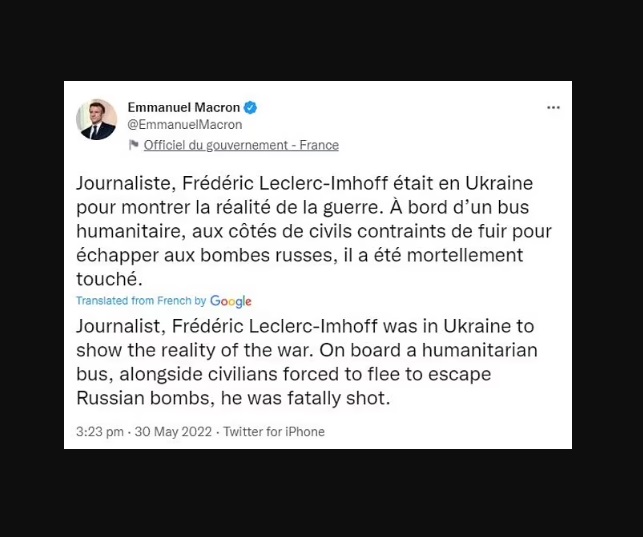 Sit Down And Shut Up