In the clip, they were acting a scene where they are taking alcohol and partying.

While the Director was capturing the shot, the red cup Eriata was holding slipped off her hand. The cup fell, and that was not part of the scene, so they all stopped immediately.

Reacting, Tonto looked at the director and told him that they can just continue that way since they are taking alcohol, it can be acted as if it fell from her hand from the dizziness of sipping liquor. The director found it to be a brilliant idea, so they continued acting that way.

After the video was shared on social media, Tonto Dikeh’s fans and followers applauded and praise her for her acting skills. 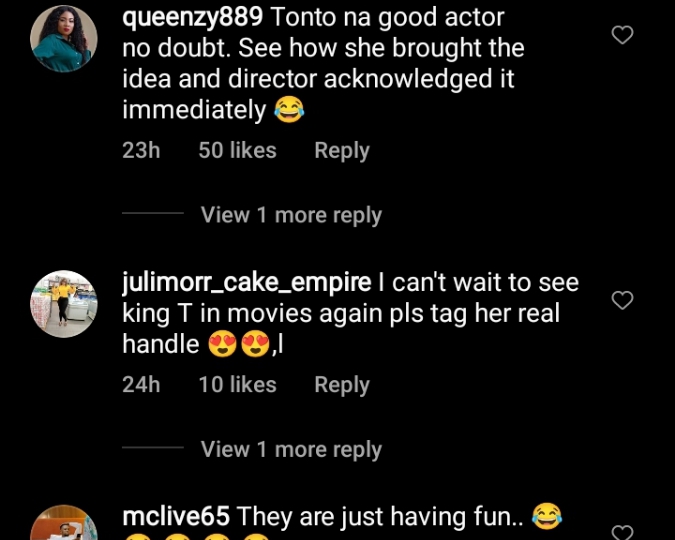 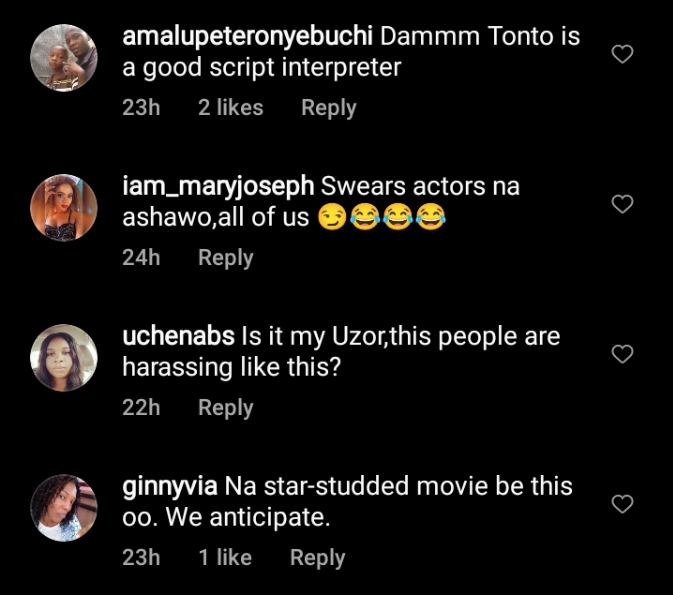