Rave making Nigerian artiste, Habeeb Okikiola, popularly known as Portable, has reacted after Headies threatened to disqualify him following his death threat to co-nominees of its 2022 edition.

The Zazuu Crooner, who was nominated to vie in the ‘Rookie of the Year’ and ‘Best Street-Hop Artiste’ categories had threatened to kill anyone who wins any of the categories in his place.

The Singer made this threat in a video on Wednesday as he claimed other nominees are no match for him.

Consequently, the Headies in its public announcement on Friday said it might be forced to disqualify the singer if he fails to retract his statement and issue an apology on his social media pages.

Reacting, Portable took to his official Instagram page and apologized over his statements claiming it’s all a cruise. According to the singer,  there is no fight between him and his co-nominee but his award should be given to him.

Fans and Nigerian Celebrities like Eniola Badmus, Dayo Amusa, Jaywon, others were quite amazed at how he apologised to Headies. 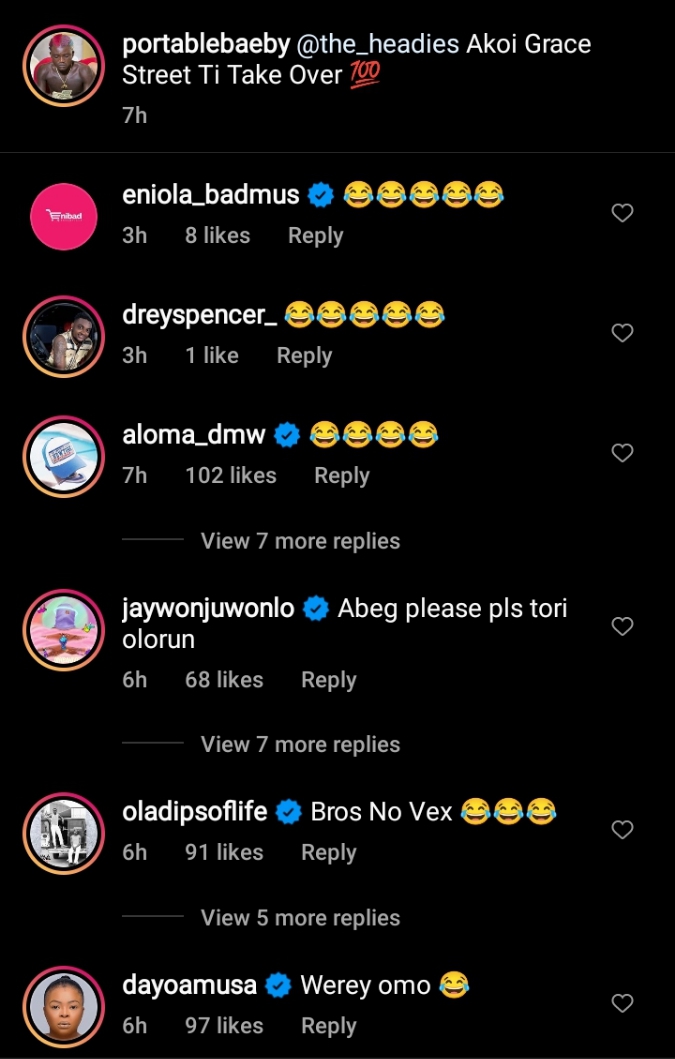