Maureen Esisi has tendered a public apology for the comment she made after a troll laughed at her ex-husband, actor Blossom Chukwujekwu’s new wife, Ehinome.

On Friday, May 20, Blossom got hitched to Ehinome, in a traditional ceremony in Benin. Some Nigerians stormed Maureen’s page to mock Ehinome, saying she is not as hot as Maureen.

Maureen while responding, laughed, a decision many felt was insensitive.

In a post she shared on her page this morning, Maureen apologized and also clarified that her comment wasn’t directed at Ehinome. According to her, no bride needs to be trolled on her big day. See her post below: 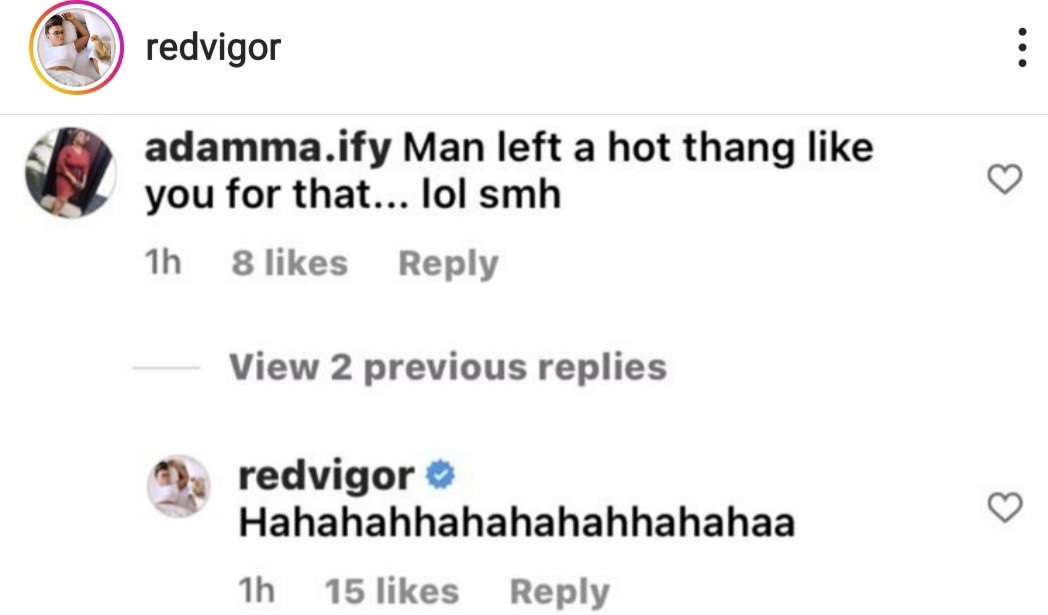 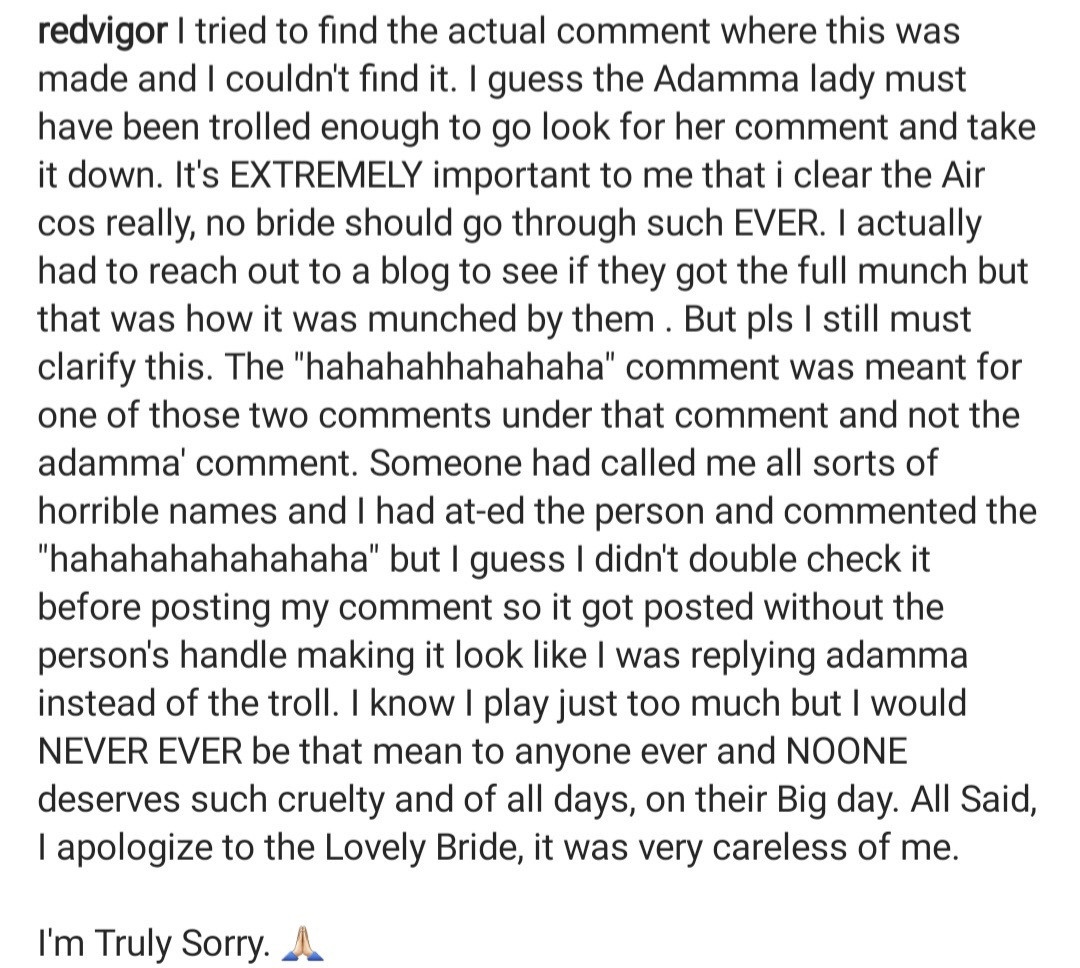 Endometriosis: They called me an attention seeker, said nothing was medically wrong

Lupus: Why I never attended church for healing