Controversial investigative journalist,
Kemi Olunloyo has questioned why Nollywood actress, Tonto Dikeh is obsessed with her.

This comes following an interview granted to the movie star’s ex-lover which escalated quickly to back and forth tantrums between the duo.

The Actress promised not to back down as she stated that she would help curb Kemi’s veil mouth.

Keeping to her words, Tonto Dikeh took a flight from Abuja to Lagos on Saturday evening May 21, 2022, solely to have Kemi Olunloyo arrested.

“Kemi I have just landed Lagos solely to find you… You have 2 options and 1facts, show up at the address in your dm, don’t show and make me waste my funds and time. Now this will get me super super super mad!! And Kemi you need to know I have never said a thing I can’t do, am here to spank you thoroughly”

In response, Kemi Olunloyo via her twitter page questioned why the actress was obsessed with her.

According to her, Tonto Dikeh’s obsessive behavior is typical of an active drug user.

Kemi Olunloyo replied with,
“Ms Tonto Dikeh The obsession she has for me is typical of an active drug user. I have invited her to join in the war on drugs via education instead of begging the @ndlea_nigeria to test her and make her an ambassador. Tonto start building yourself and stop erratic behavior”. 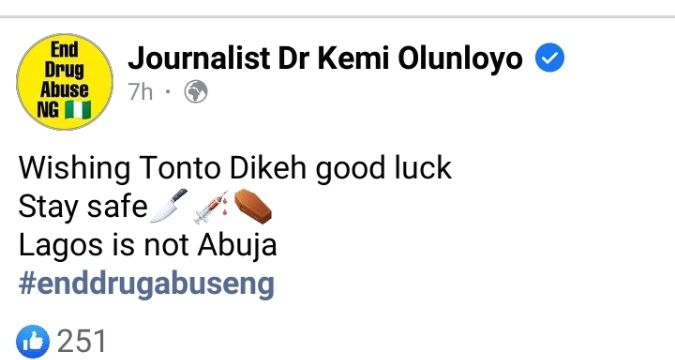 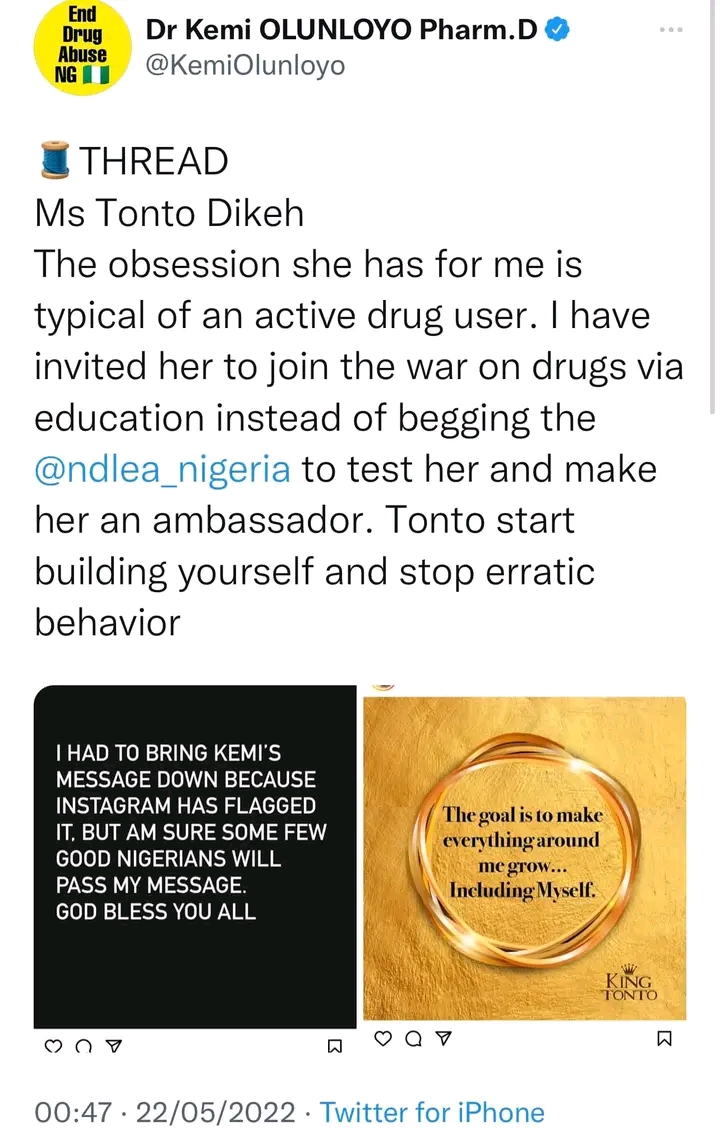 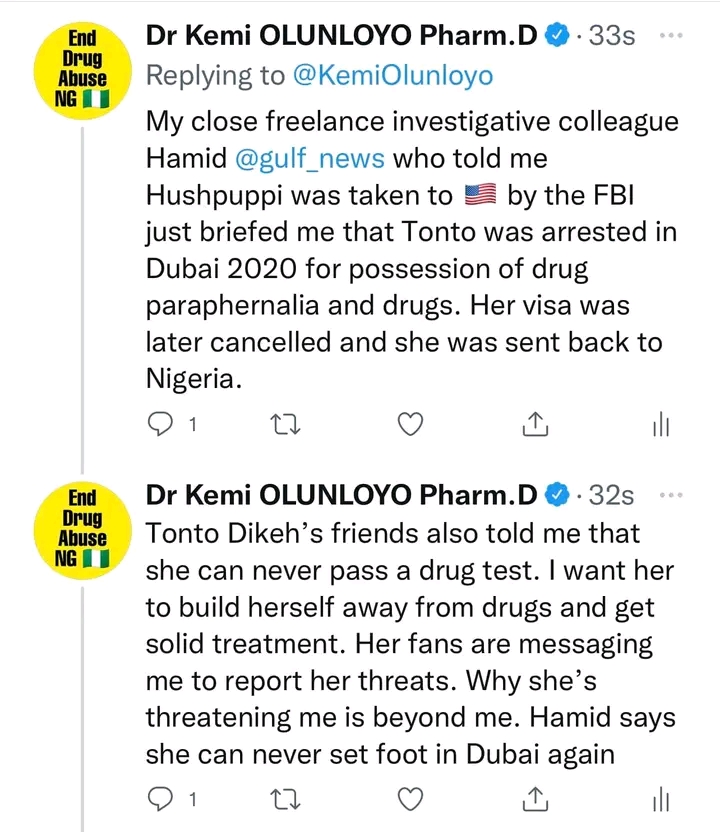 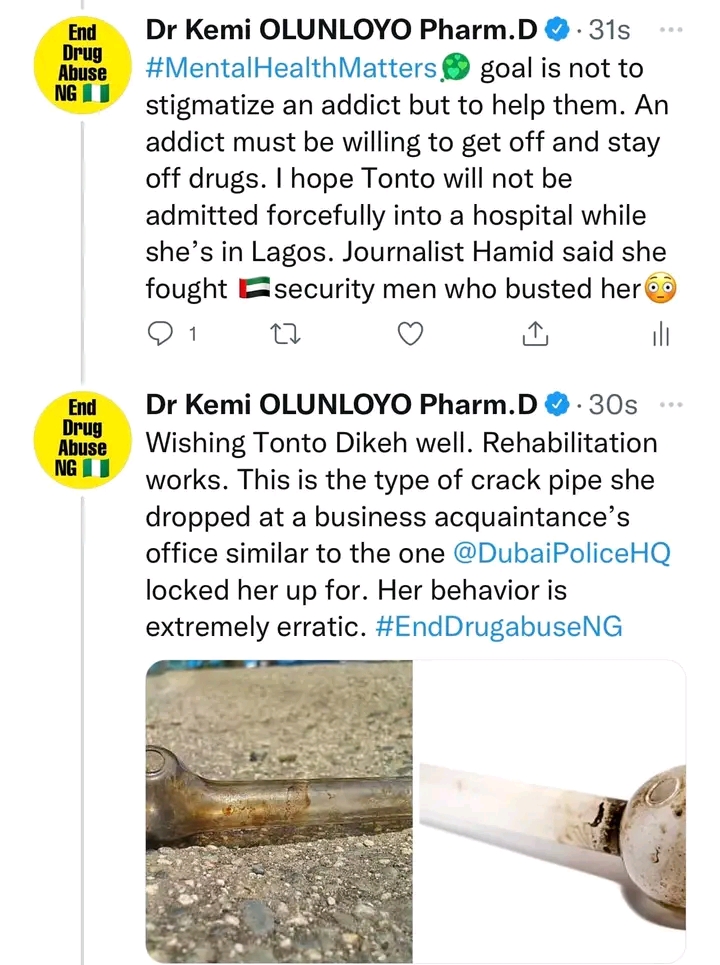