It was gathered that Gbenga Richards died on Thursday morning after battling unknown ailment for long.

Richard was mostly known to play action roles and has contributed immensely to the growth and development of the Nollywood Industry.

On Labista’s post he said; “Gbenga Richards need our help. Let not wait until he’s dead to post his pictures, write RIP(rest in peace) on his wall and look for who to blame.” 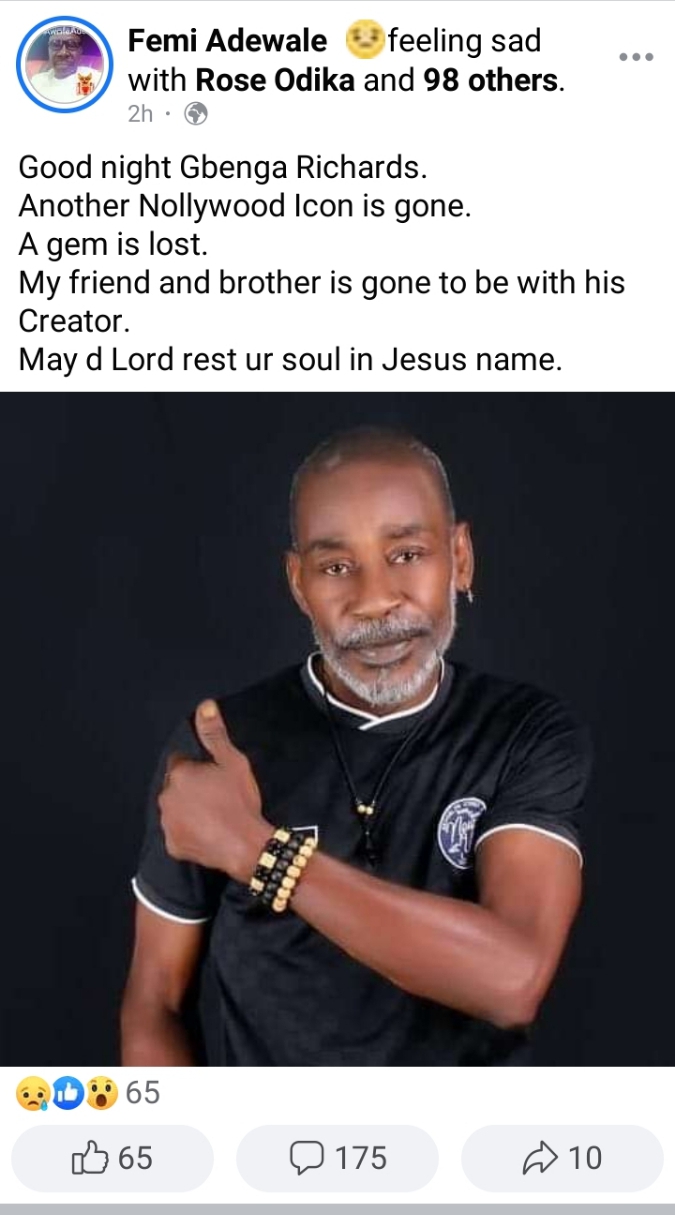