The many students of Obafemi Awolowo University, Ile-Ife, Osun State, have, on Thursday, taken to the Ife-Ibadan express road as they protest school closure resulting from the ongoing strike action of the Academic Staff Union of Universities, The PUNCH reports.

The students who converged at their campus gate this morning marched down to the major highway which connects commuters traveling from Ife to Ibadan and vice versa.

The PUNCH gathered that the students, who converged under the aegis of Fund Education coalition, vowed to continue the protests from today till their demands would be met by the Federal Go0vernment.

The students held placards bearing various inscriptions like “Fund Education Now”, “Education is not a Scam” among others, as they chanted “End ASUU Strike”. They equally seemed to be proceeding towards a major roundabout, the popular OUI roundabout at Oduduwa University, Ipetumodu.

The students were joined by some concerned members of the public.

See some pictures of the protesting OAU students: 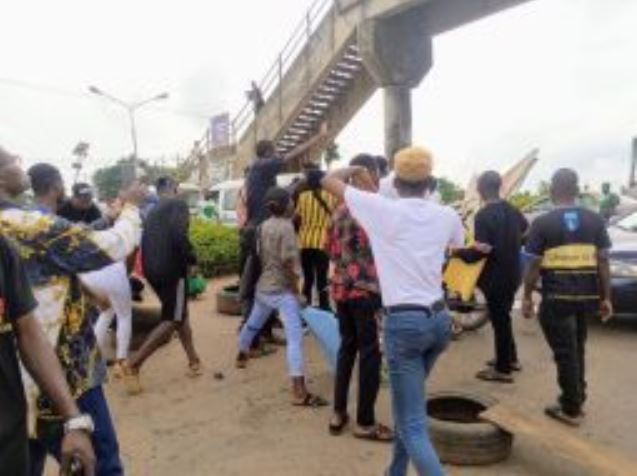 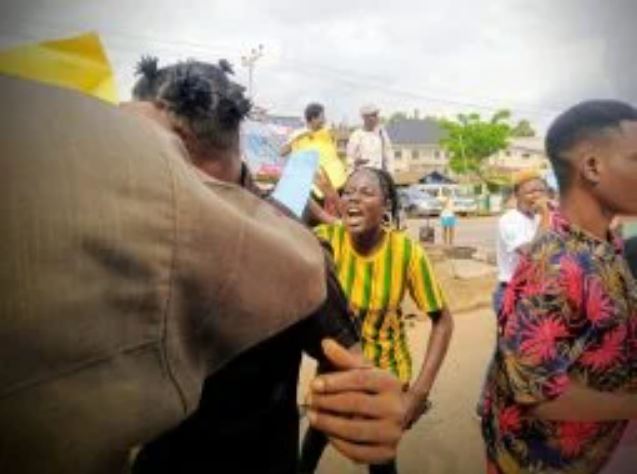 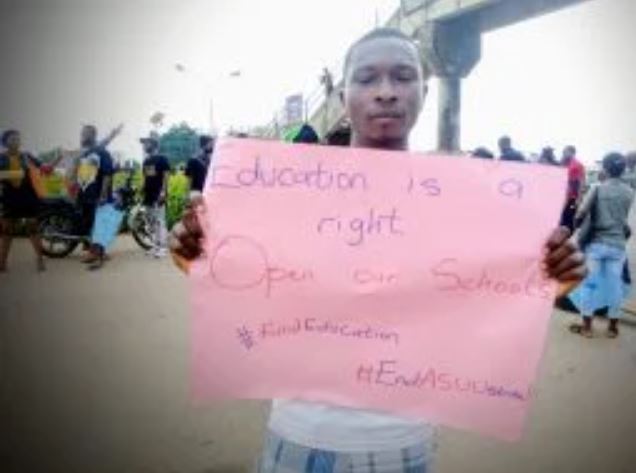