Over seven years after her marriage crashed, Elizabeth John, an interior designer and ex-wife of filmmaker, Yomi Black, has advised people against marrying the wrong persons.

Elizabeth John, took to Instagram to caution people against allowing themselves to be pressured into getting married as they might end up with the wrong partners.

The interior designer and Yomi got married in 2012 after meeting on the set of a business reality show.

Their marriage ended last year after allegedly being separated for eight months. They have a son together.

“One of the worst mistakes you can make in life is marrying wrong,” she wrote on Wednesday. “Don’t ever be pressured into quickly making that decision.” 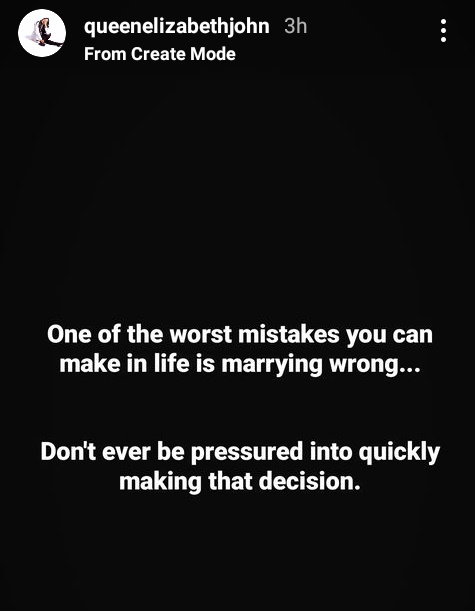