A Nigerian man has shared a sad story on his Twitter page.

According to him, he is currently heartbroken after his sister broke up with her boyfriend.

In a tweet posted on his handle, he said the man was supposed to take him abroad next month. He tweeted;

”My sister just broke up with the guy that was supposed to take me abroad next month.

Na me chop the main breakfast” 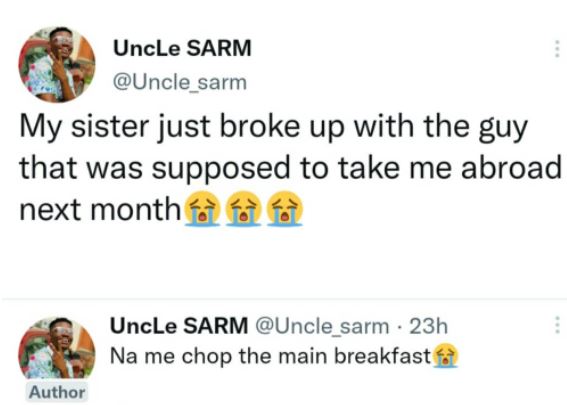