According to her, she doesn’t have any p*nties, doesn’t wear and has never worn them since she was 18.

In a video shared online, Opeyemi claimed that Nkechi wore the same pants for three days while they dated, and wasn’t brushing her teeth. He said this while responding to claims that he apologized to her recently because he wanted her back.

Responding to his claims via her Instastories, Nkechi described them as a ”mighty lie”. According to her, she doesn’t have any p*nties, doesn’t wear and has not worn any since she was 18.

Read what she wrote below… 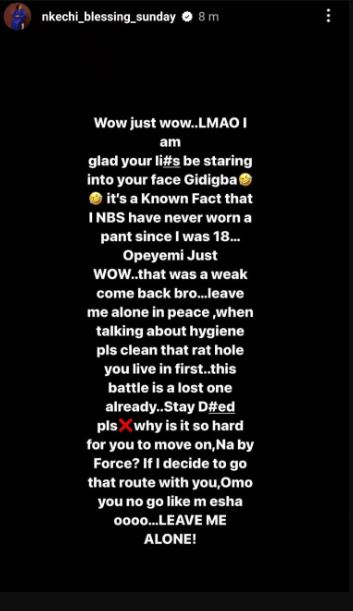 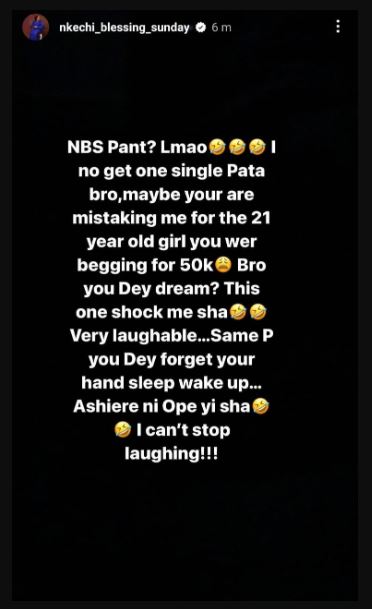 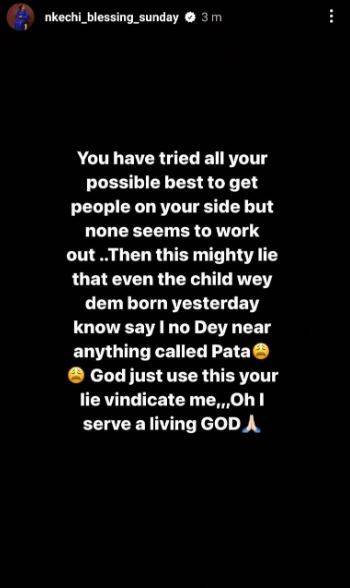