Nollywood actress, Ifunanya Igwe has taken a swipe at her colleague Onny Michael, calling him a snitch and accusing him of adultery.

The actress warned Michael to stay off her “lane”. She accused him of being judgemental and trash talking her and other colleagues.

She then accused him of going after women, despite being married.

“You should consider acting like a married man and stop going around the whole place sleeping with everything on skirt,” she alleged as she tagged Onny Michael. 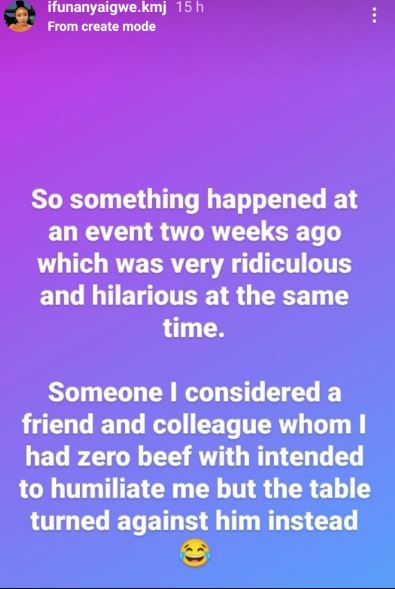 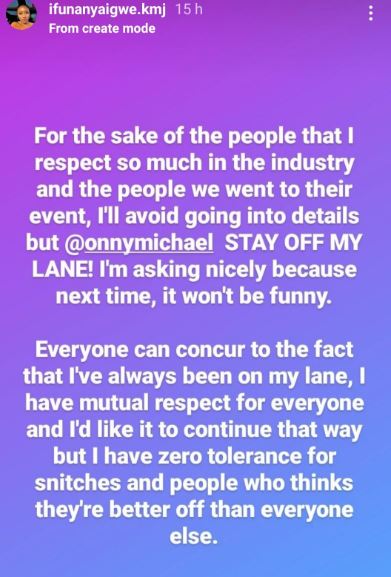 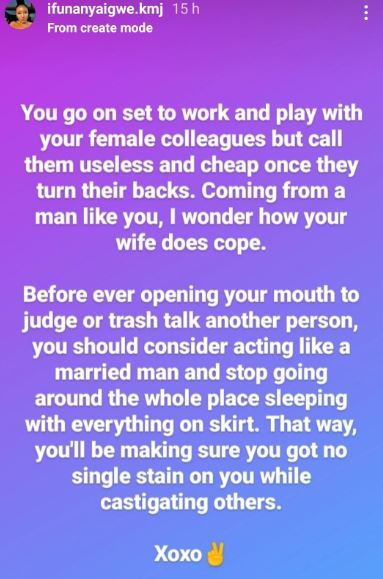