Nollywood actress Ifunaya Igwe has taken to social media to sound a strong note of warning to colleague Onny Michael.

The movie star in an Instastory post shared on Wednesday, May 11, stated that Onny Michael went behind her back to say all sorts of bad things about her personality.

“I got your message the last time(the nasty things you said about me) and I wanted to give you a call but I figured you don’t worth my time and energy so I saved it till you decided to f*k up again. You’re such a sn*tch and judgemental human being that even the people that considers themselves your friends aren’t left out of your wrath. “

According to Ifunaya , the Actor has been frolicking and sleeping with female colleagues without regard for his wife.

Ifunaya added with a final warning to him to stay off her lane and anything that concerns her.

“You go on set to work and play with your female colleagues but call them useless and cheap once they turn their backs. Coming from a man like you, I wonder how your wife does cope. Before ever opening your mouth to judge or trash talk another person, you should consider acting like a married man and stop going around the whole place sleeping with everything on skirt. That way, youll be making sure you got no single stain on you while castigating others.

“For the sake of the people that respect so much in the industry and the people we went to their event, I’ll avoid going into details [email protected] STAY OFF MY LANE! I’m asking nicely because next time, it won’t be funny.” 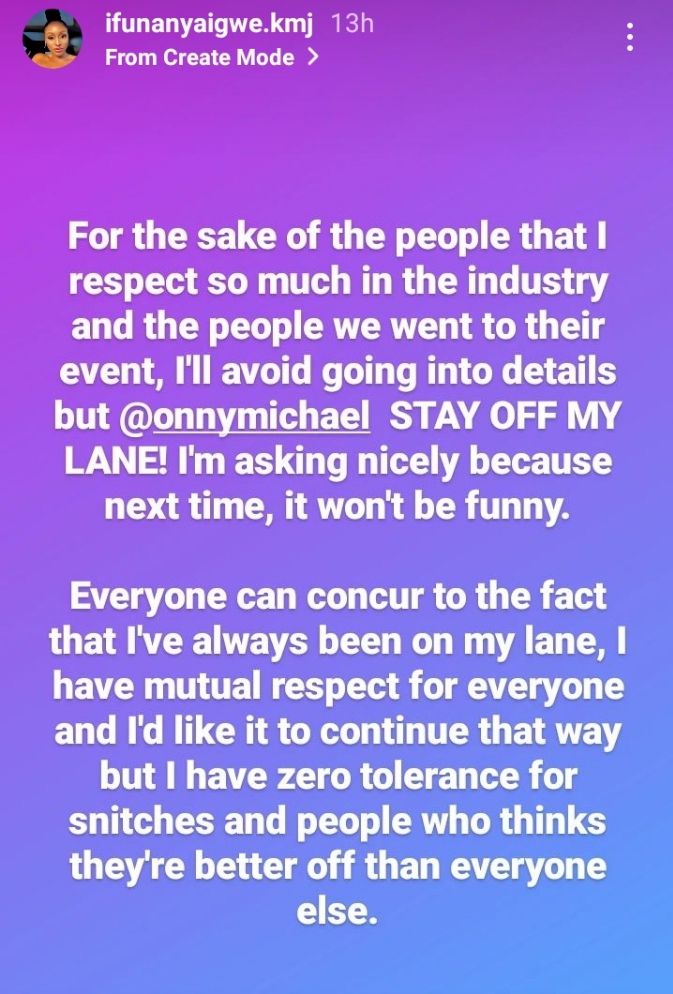 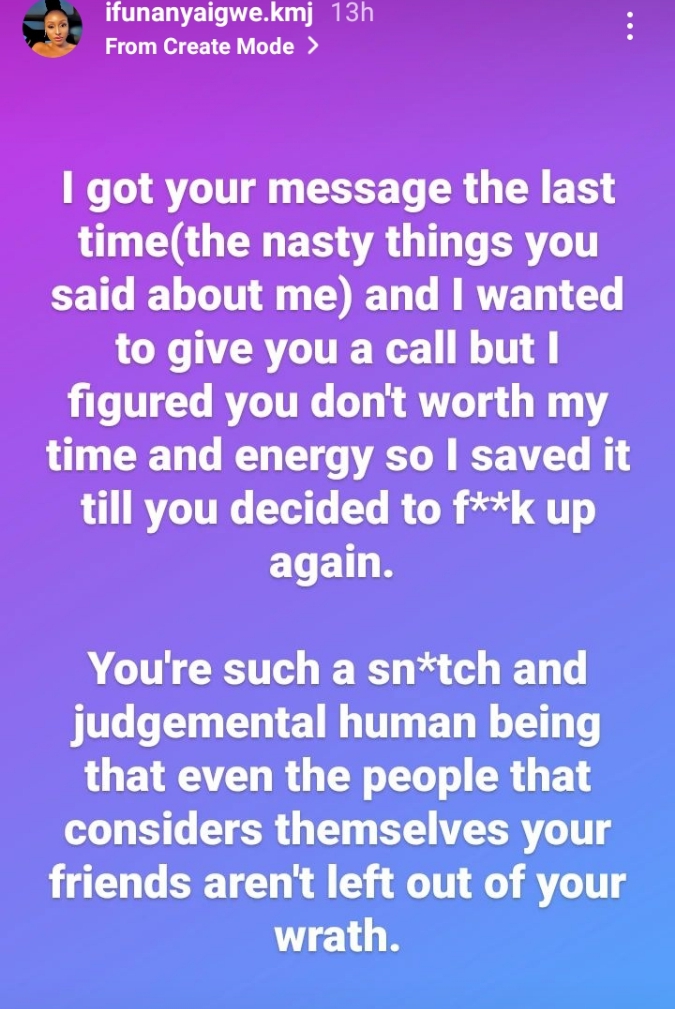 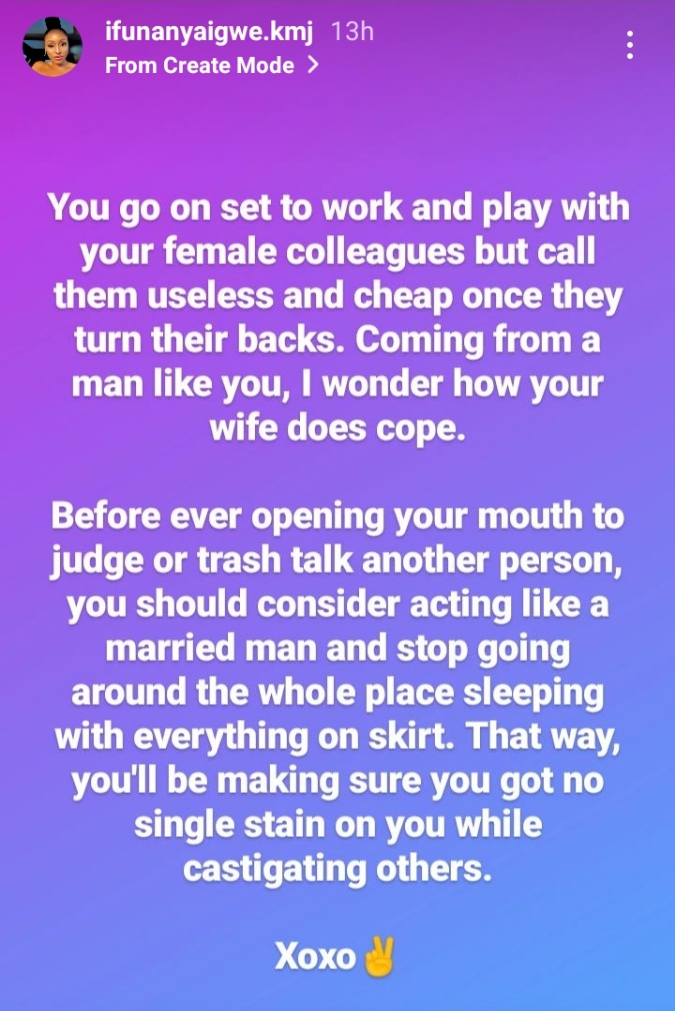