Guterres is on a visiting trip and was joined at the Airport by the Borno State Governor.

Humangle reported that the United Nations Secretary-General is on a one-day working visit and was received at the Maiduguri International Airport by the Governor of Borno state, Babagana Zulum.

The Secretary-General is expected to meet with officials of the Borno state government and the humanitarian community in the state, according to the earlier itinerary made available to journalists.

He will also be visiting Gubio IDP Camp where HumAngle had recently done extensive reporting on the hunger situation the IDPs have been facing amidst apparent neglect by government and humanitarian aid providers in the state.

The UN official will likely visit a holding facility in Maiduguri where over 50,000 surrendered Boko Haram fighters are being housed. 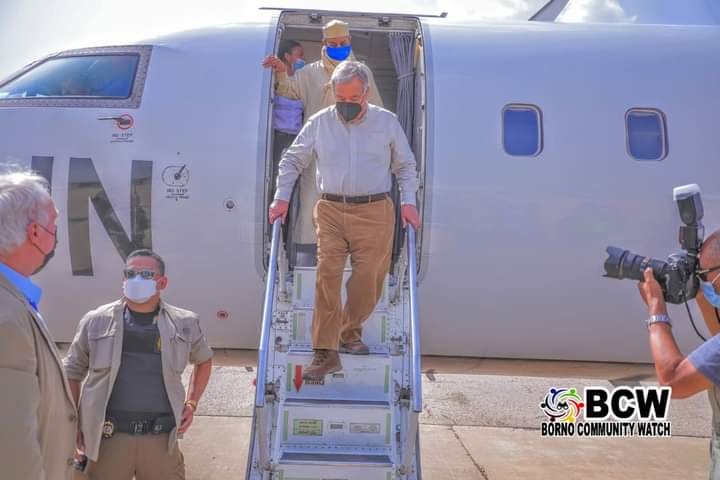