Next World Music recording artiste, Jaywon has unveiled the artwork and tracklist for his forthcoming studio album, ‘Jahbahlee‘.

Prior to this, Jaywon released his 2022 official single titled, Zelle – the street-hop banger produced by Brainz, which serves as the lead track off the forthcoming body of work.

The remix of Zelle, which features the buzzing street act, Portable, was released a few days ago to promote the upcoming release of the album.

Jahbahlee’s artwork paints a seductive giver of air and sensationalism, which captures the attention and souls of its listeners.

It creates a moody cloud atmosphere that can elevate one’s spirit, leading you into a spiritual trance of Afro vibes.

Jaywon stands in as that giver who understands what his audience needs, thus feeding their hunger with productive music.

Please prepare yourself for the upcoming release of the new album, which is full of mind-boggling tracks.

The album is slated for release on the 5th of May, 2022. See the images of the artwork and tracklist below! 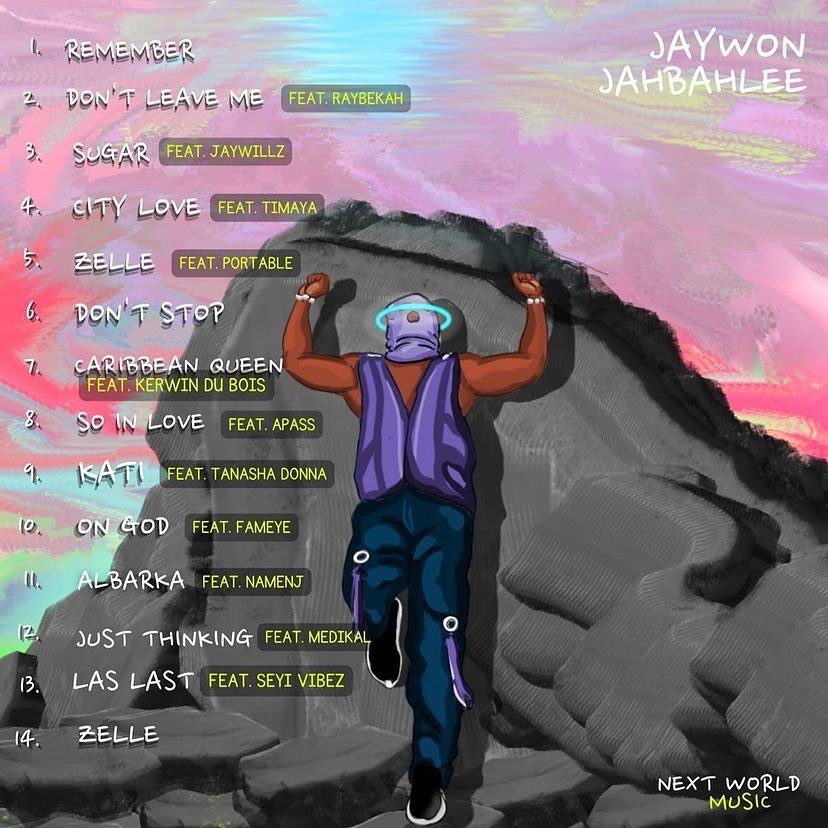