A heartbroken lady took to social media to lament after she was shocked to find out about her boyfriend of two years being married.

The  lady stated that she found out that the guy she’s been seeing for two years now has been married for more than half a decade.

The boyfriend, she also found out, sires two kids which she totally had no knowledge about.

“Apparently my boyfriend of 2 years is married for 6 years now with 2 kids, I can’t fine the tears.

For all the nights I prayed for him and gave my whole heart, it is well, unless I don’t serve a living God.” 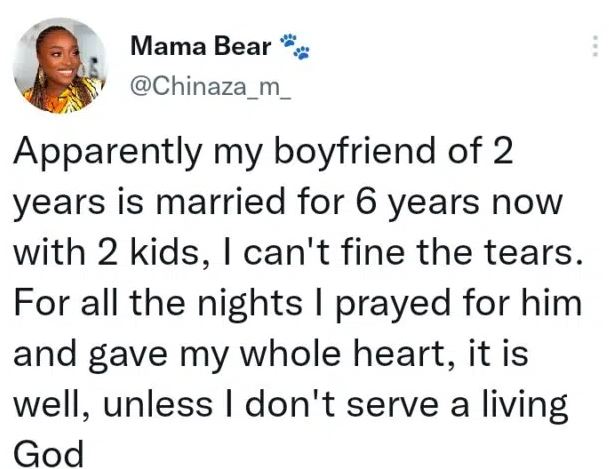 Some social media users who cast their doubts over her story queried why she had claimed in January to be single if she had been in a relationship. 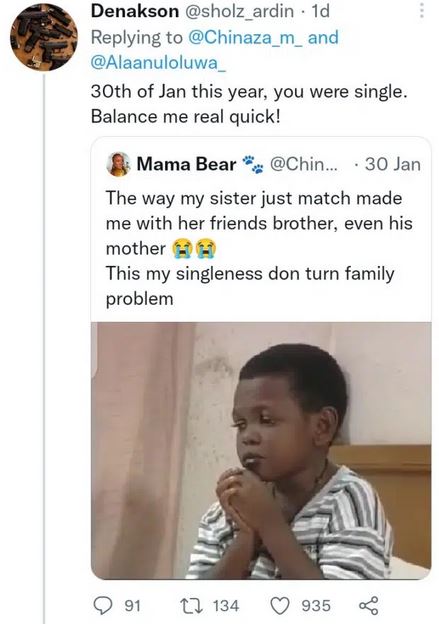 Replying to this, she wrote:

“Not like I owe you an explanation but we had issues, I wanted to move on but he called saying he was terribly sick, I went into supportive gf mode, the rest is history.”

”You might not know this but not being married in an igbo home means you’re single even when you’re dating someone, reason why igbo babes go ahead to marry a diff guy from who they are dating but stepping on someone who is already down is so easy when you’re not the victim” 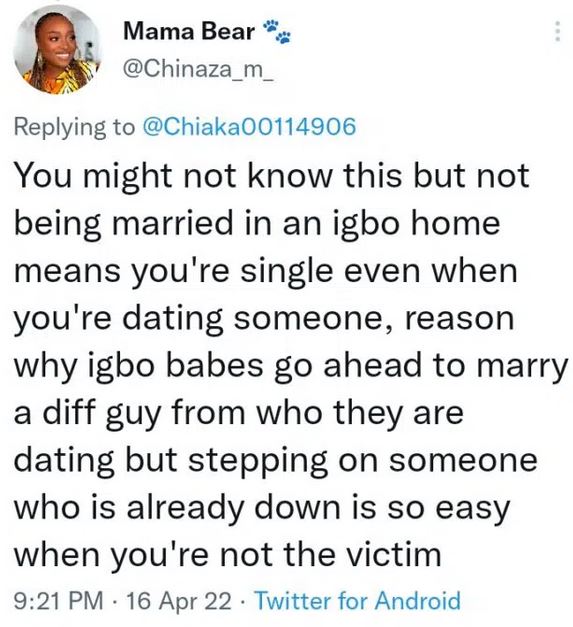