The young chap’s widely accepted compilation of tuneful songs recorded over 10 million streams in less than a month of its official release.

‘Rave & Roses’ album by Rema is an album of 16 songs featuring 6lack, Chris Brown, AJ Tracey, and Yseult. He dubbed the album as the piece of his soul to his fans worldwide.

Rema released the album on Thursday, March 24, 2022. See the image below, as shared by BoomPlay on social media. 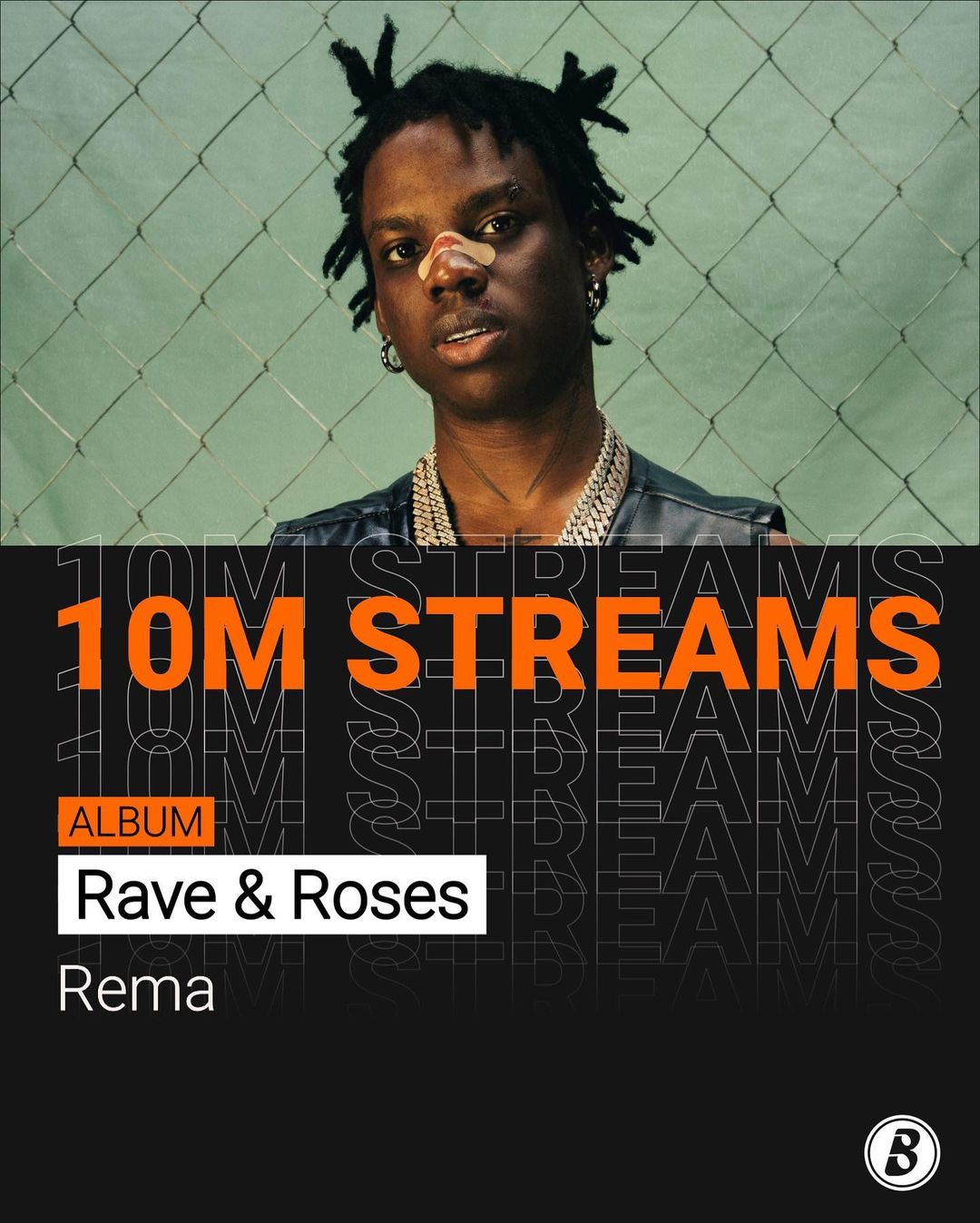