It has been revealed that the Redeemed Christian Church of God took disciplinary measures against Pastor Leke Adeboye.

Leke is the son of the General Overseer of the church, Pastor Enoch Adeboye.

Recall that some days ago, he made a disturbing comment about pastors of the church, labeling them goats.

It has now been revealed that the church took some actions against him.

He hinted about this in his apology, saying the disciplinary action taken against him by the church is well received.

more details about the action later. 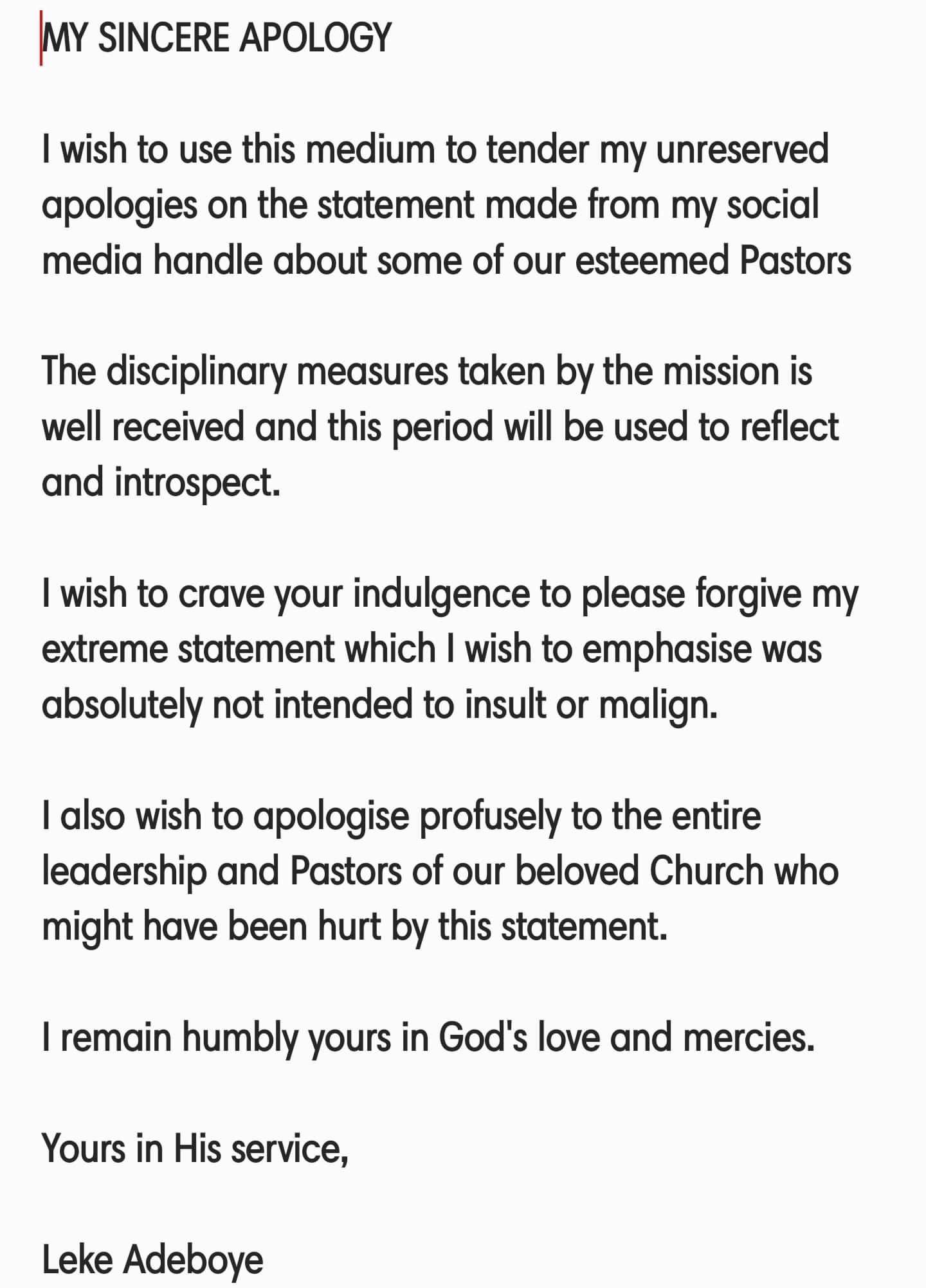