Netizens have dug up old posts of Nkechi and Opeyemi, vowing never to leave each other.

Nollywood actress Nkechi Blessing Sunday and her ex, Opeyemi Falegan (aka ODF) have broken up and their split is playing out publicly as both have been calling each other out via social media.

The split comes as a surprise to Nigerians because, just months ago, they were on social media displaying their love and vowing never to leave each other.

Nkechi regularly called ODF her support last year, following the death of her mother. In October 2021, while remembering her mother just one month after her death, Nkechi revealed that her mother told her to never leave ODF no matter what he does to her because he is a good man. 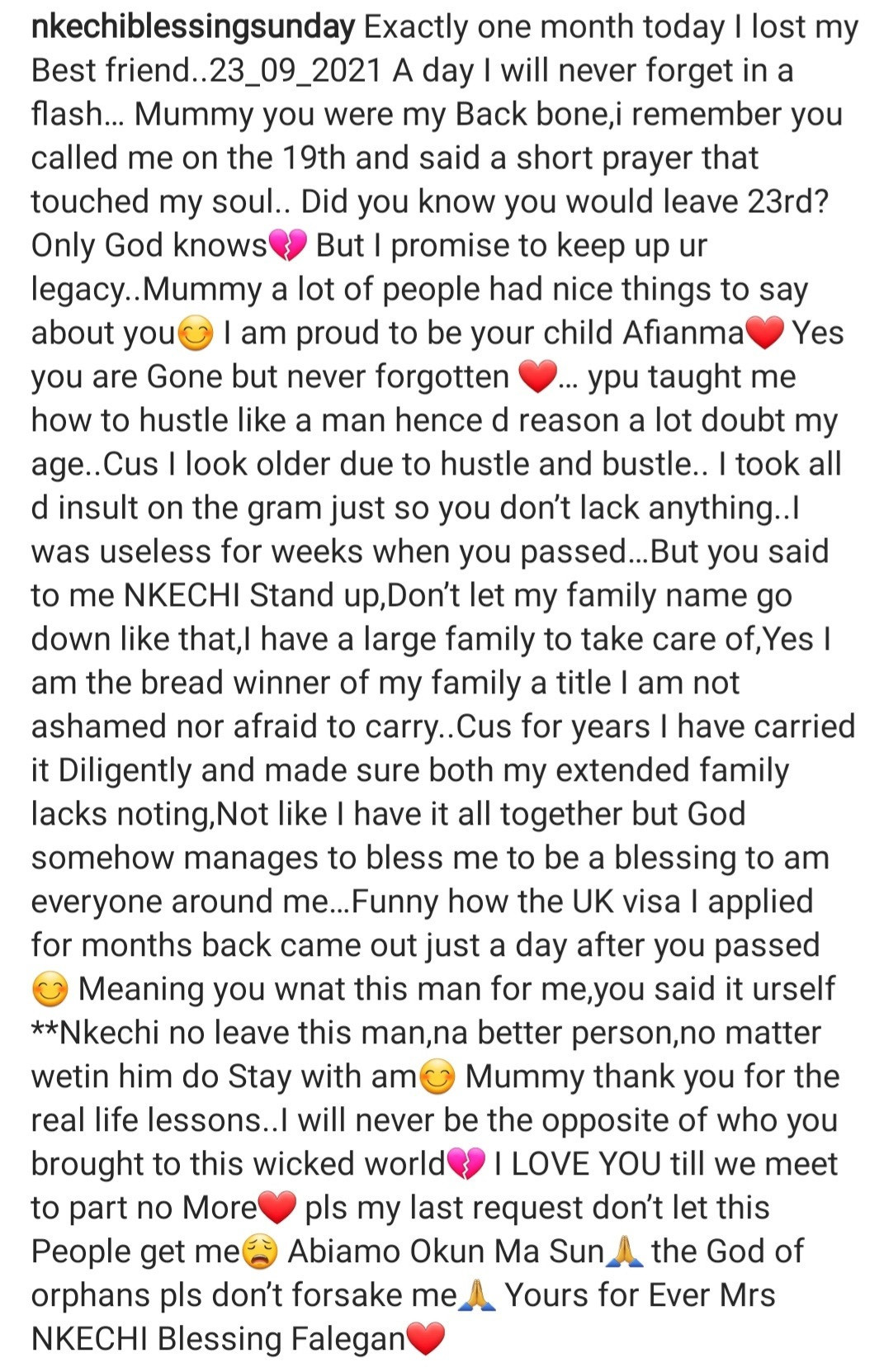 She also said in another post that she can never leave ODF, even if he cheats on her. 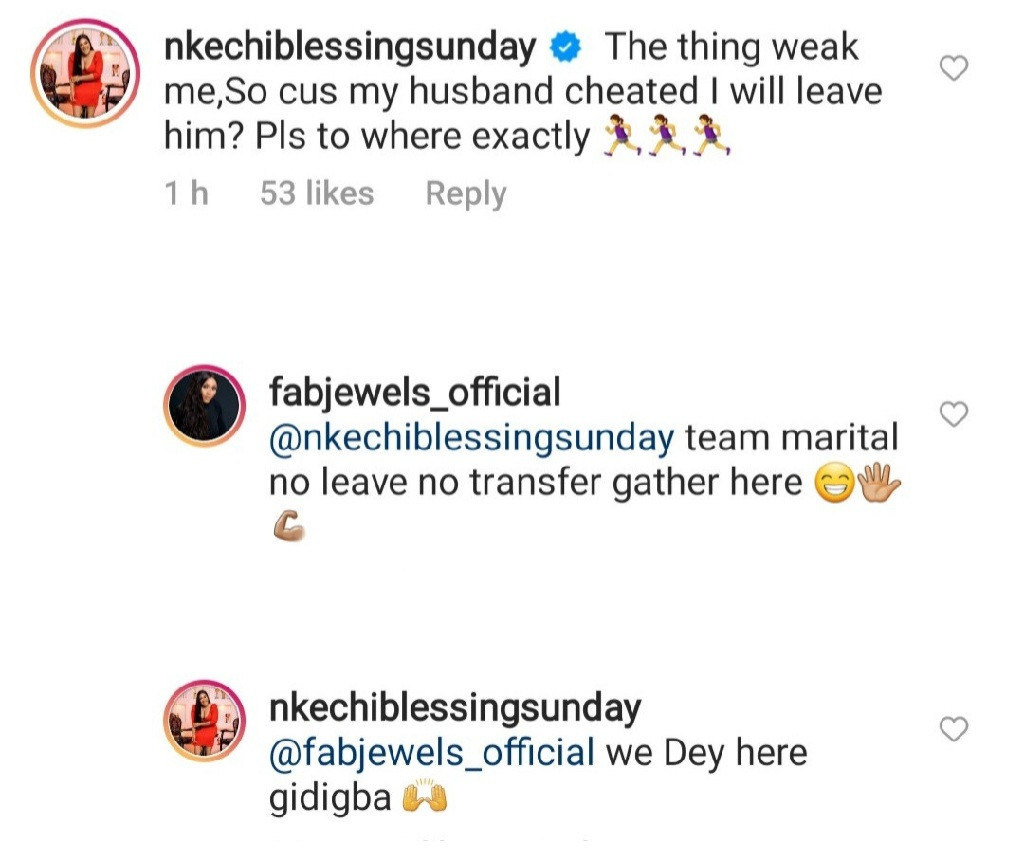 Now, following their split, Twitter users have dug up the old posts where the couple vowed to always be together. Falegan accused Nkechi of being a lesbian.
Nkechi accused him of being broke and performing poorly sexually. She said he can’t last more than a few seconds in bed and she uses sex toys to satisfy herself.
She also alleged that he used her to gain popularity and that he does nothing for a living.