WITHIN NIGERIA had earlier reported on an old tweet which was made by Davido in 2011, which had recently surfaced online where he tweeted that Nollywood actresses do more of ‘banging’ than acting.

The tweet had not sit well with Iyabo Ojo as she has dragged Davido for such unpleasant statement.

Iyabo who expressed dissatisfaction and disappointment at Davido for dropping such comments and tagged the singer as a serial ‘baby daddy’.

“Noooooo aba not from you. Haha. Abi shey won hack account e ni. Not from a serial baby daddy Davido. And I like you and your craft ooo” 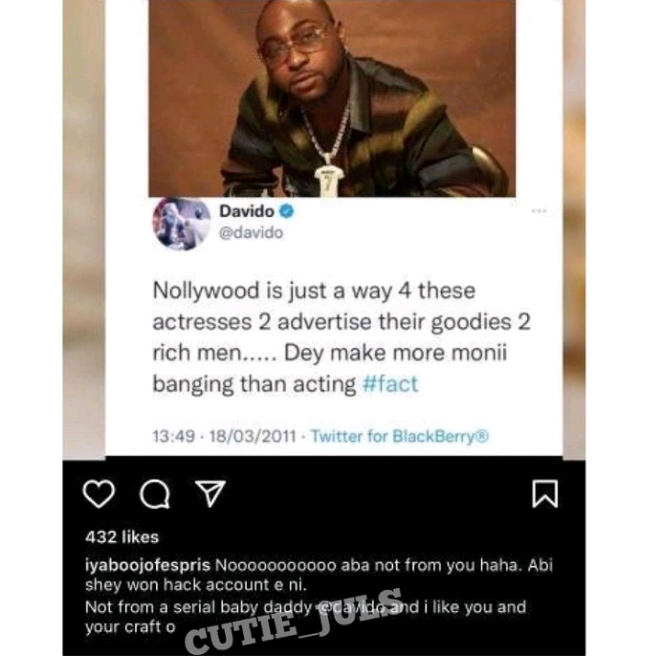