It was gathered that staff of ABS came to work in the morning to see her in the delivery process and they helped to deliver the baby girl weighing 3.2 kg.

The woman was described as a resident of the area because she sleeps and wakes up at the bus stand in front of ABS on a daily basis.

All efforts by staff of the establishment to ascertain where she came from proved abortive as she often became violent whenever she is approached.

A staff of ABS, Mrs Eucharia Nwachukwu who helped in the delivery process said she was alerted and immediately rushed to the bus stand only to discover that the lady had put to bed with the help of some women but joined them to help her deliver the placenta.

The Chief Medical Director Chukwuemeka Odimegwu Ojukwu Teaching Hospital, Amaku Awka, Dr Josephat Akabuike explained that he received a call from a staff of ABS, alerting him of the development and he immediately detailed his nurses to the scene.

Dr Akabuike added that the new mother is presently in their custody but wondered how long she will stay in the hospital since no one knows her identity.

The lady in question who gave her name as Hope Eze, claimed she hails from Cote d’Voir while her mother is from Imo state.

She claimed not be aware that she was pregnant until she started having contractions.

Hope told ABS that she was lured by woman who promised to take her abroad but she later discovered the said lady is a pr*stitute. 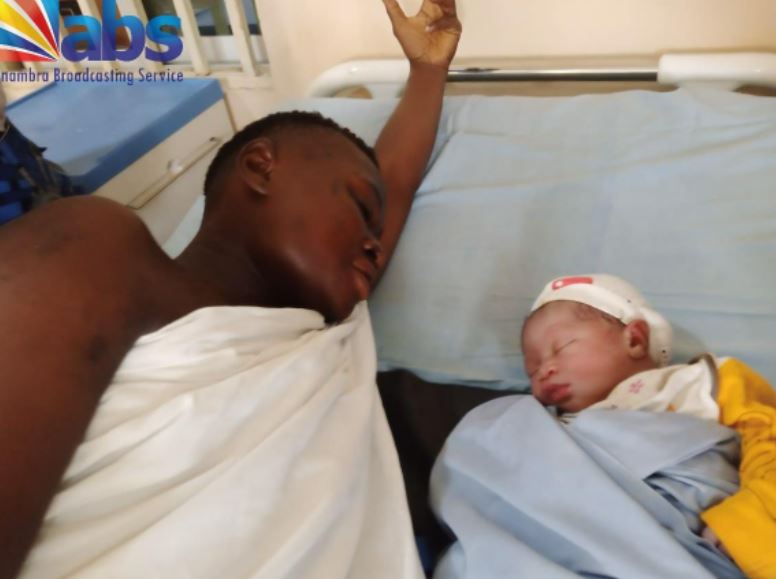 Outcry as lady is allegedly shot, killed by long-term boyfriend for trying to leave abusive relationship