The 42-year-old and rock band Blink-182 drummer walked down the aisle at the One Love Wedding Chapel in Las Vegas in the early hours of Monday morning, with the mother of three admitting that they didn’t obtain a marriage license.

Alongside a series of photos from the ceremony, Kourtney wrote on Instagram: ‘Once upon a time in a land far, far away (Las Vegas) at 2am, after an epic night and a little tequila, a queen and her handsome king ventured out to the only open chapel with an Elvis and got married (with no license). (sic)’

In the photos, Kourtney and Travis, 46, are seen wearing leather jackets, while the brunette beauty is holding a bouquet of flowers.

She also confirmed that it was not an actual legal ceremony as they did not have a marriage license but it will help them for their actual wedding as she wrote ‘Practice makes perfect.’ 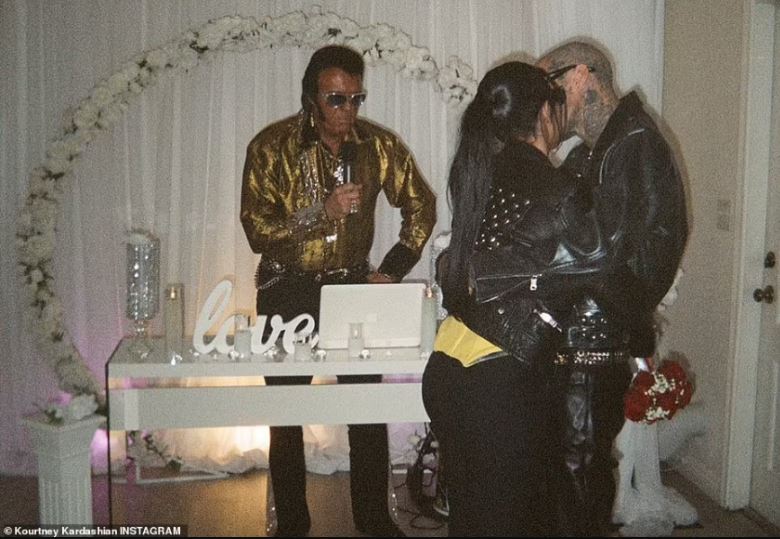 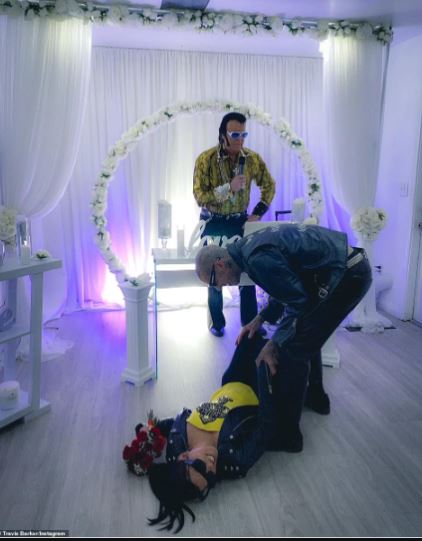 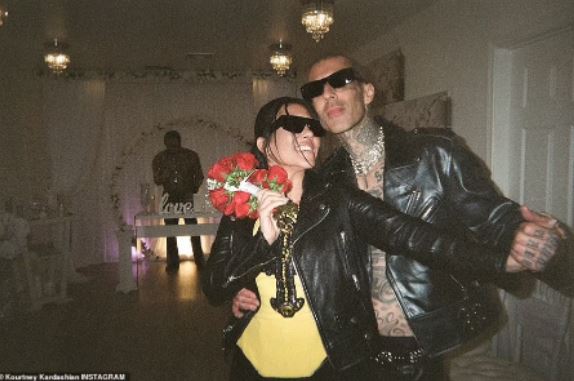 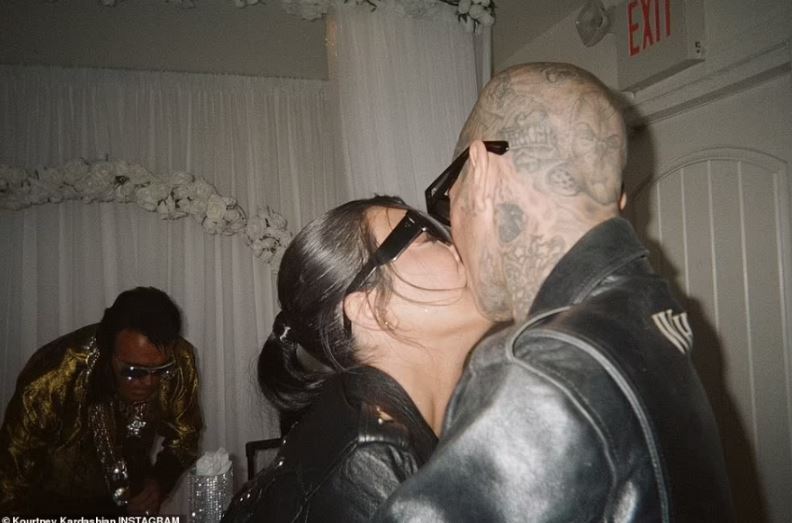