One of the injured victims of the ill-fated Abuja-Kaduna train attack, Sergeant Haruna Muhammad Funtua, is dead.

The deceased sustained gun injuries in his head and chest during the attack and died on Tuesday, April 5.

According to one Idris, a journalist and academic, the late Haruna was among the elders in his community, Funtua Local Government Area of Katsina State, that supported vigilantes and other security volunteers.

Eight People were killed and 26 others injured from the Monday, March 28 attack

The Nigerian Railway Corporation, (NRC) while confirming the incident, said about 392 passengers were on board the ill-fated train.

According to the NRC, while about 182 have safely reunited with their families, about 162 other passengers remain missing. 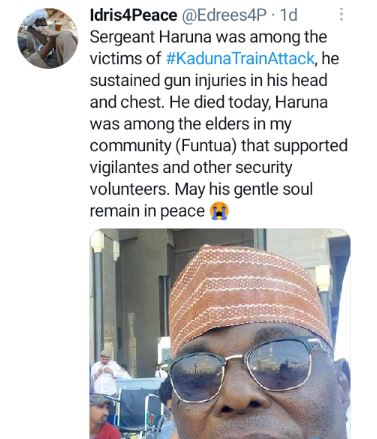 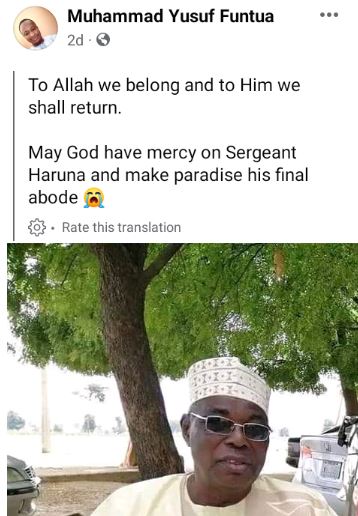