In a video that has gone viral, Veteran actor, Richard Mofe-Damijo popularly known as RMD, was captured correcting the societal perception about Reality Show winners.

While addressing the housemates, RMD reteirated that the Housemates that comes first might have the money and car but the Contestant with a well drafted plan on how to make use of the newfound fame, eventually reaches and surpasses the peak in entertainment industry.

“In Reality Shows No Be Who Carry First Dey Blow”

Naija Hood Rep’ is a Nigeria reality competition television series designed to promote Nigerians cultural diversity by bringing together individuals from various ethnicity around the country with the aim showcasing the beauties and attributes behind the hood they rep. The show kicked off on March 27, 2022.

For 10 weeks, three out of twenty-one contestants from the six geopolitical zones of the country, who can tell the story(ies) of their hoods (their origin) convincingly and able to win the heart of Richard Mofe Damijo (RMD), Innocent Ujah Idibia (2Baba), Ini Edo and Oke Bakasi will win N20 million and a brand-new car, N10 million and five million respectively. 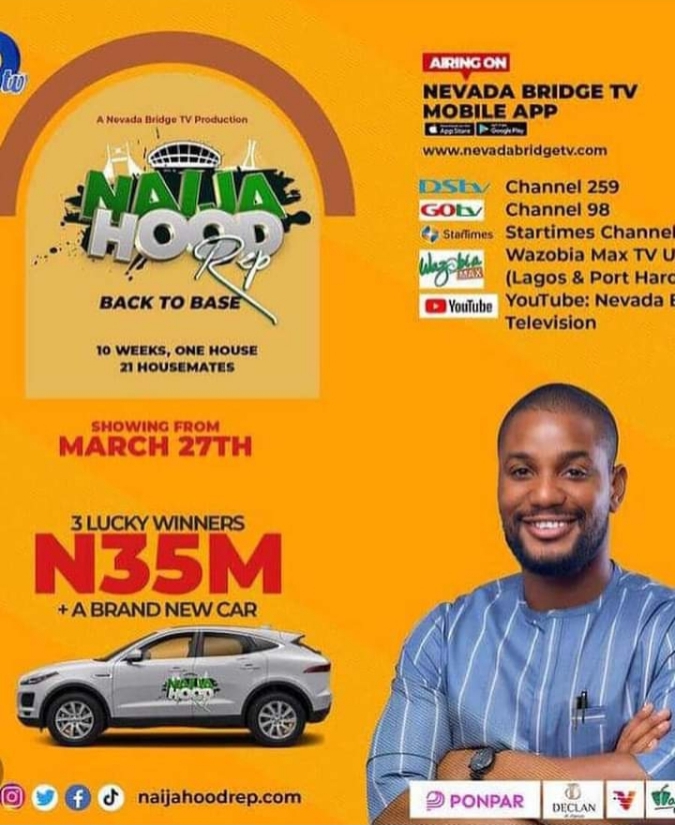