An old tweet of superstar singer, Davido in 2011 where he talked about Nollywood actresses has been dug up by Nigerians.

The singer in his tweet stated that Nollywood is just a way for actresses to showcase their “goodies” to rich men. 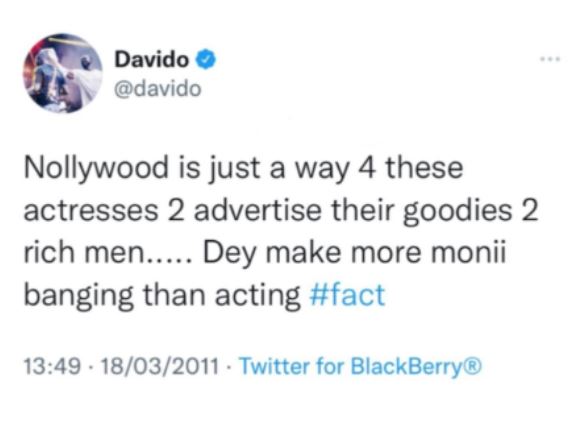 Unbelievable! Man Accused Of Breaking Into School And S*xually Assaulting Goats And Sheep