In 2011, the Singer made a controversial claim on Twitter about Nollywood actresses and how they make their money.

According to the OBO crooner, Nollywood is just a way for female stars to advertise their body to wealthy men.

Davido added that female Nollywood stars make more money from ‘banging’ than from featuring in movies.

Despite being an old tweet, many netizens frowned over the statement stating that it is an insult to Nollywood and female stars. 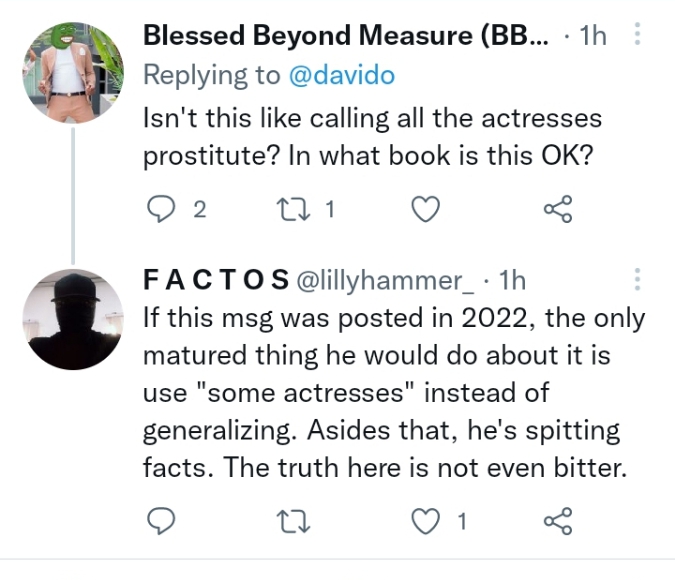 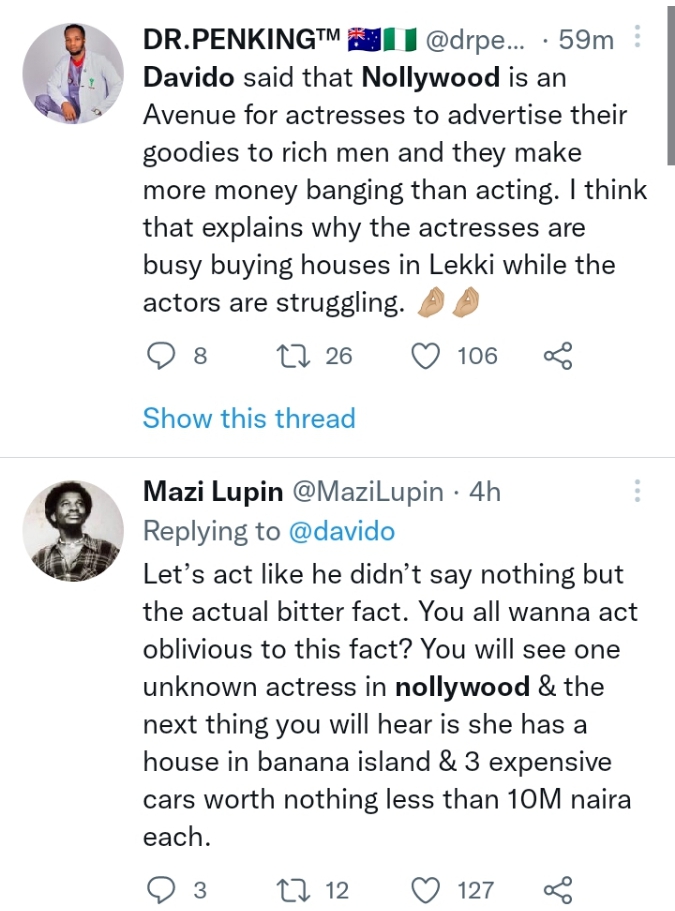