Music executive and award-winning Nigerian artiste, Bankole Wellington, also known as Banky W, has taken to social media with exciting news for fans and Celebrities regarding his political ambition.

The Singer in 2019 contested for House of Representatives seat under the Modern Democratic Party (MDP) and lost.

In an Instagram video on Friday, Banky W informed his supporters that he has pitched his tent with the People’s Democratic Party (PDP).

He emphasised on the need to infiltrate major existing political parties to build a better Nigeria.

The ‘Yes or No’ Crooner also revealed that he would be contesting for House of Representatives seat in the 2023 general election.

On joining PDP, he said he no longer want to stand by the sidelines but “must get into the system to fix it”.

“We must engage with Nigeria where it is, not where we prefer for it to be. We must no longer be content to shout from the sidelines. We must get into the system to fix it,” Banky W wrote on his page. 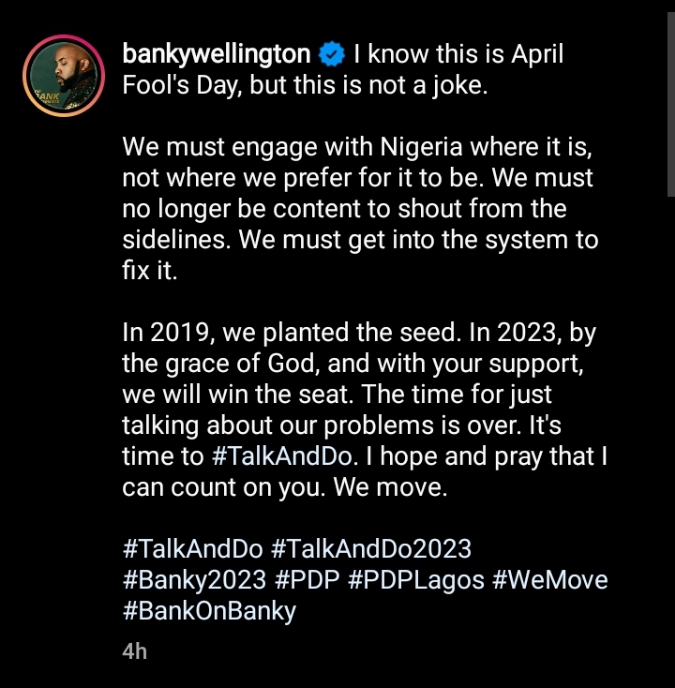 Banky’s announcement sparked reactions from Fans and Celebrities like Ebuka Obi-Uchendu, Broda Shaggi, Uti Nwachuckwu, Others in the online community. 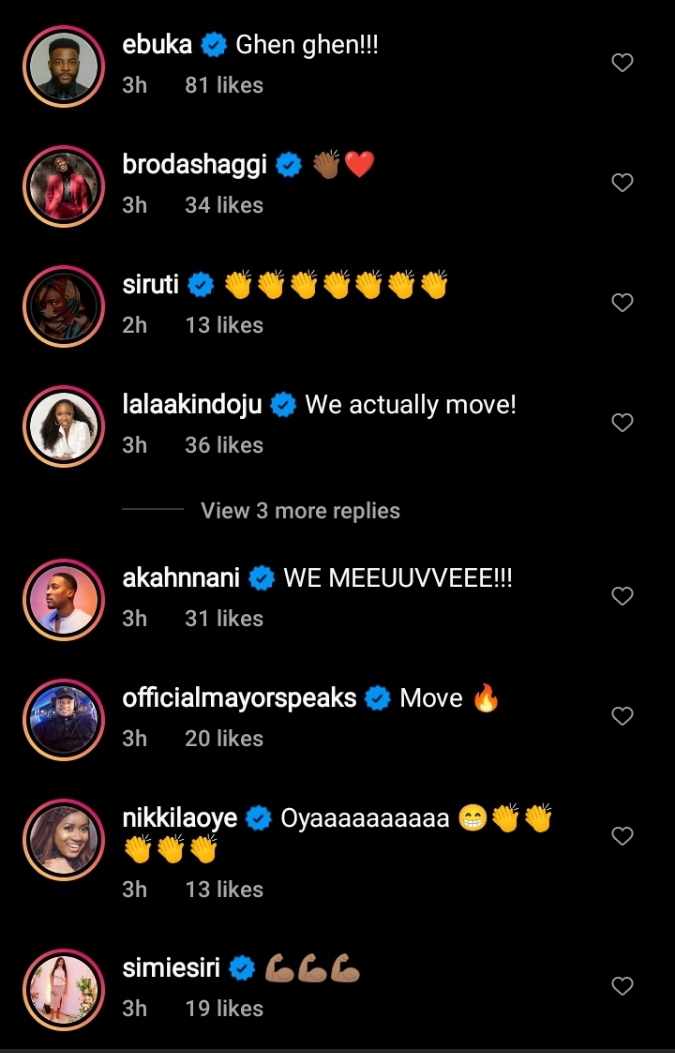 VIDEO: My Dad and Funke Akindele cheat on each other

Why Nollywood film will never look like Hollywood product

“It’s not the fault of the producers”