It was gathered that the students were arrested on Tuesday morning, March 29, on the alleged order of their landlord.


A landlord has ordered the arrest of five students of the University of Uyo, Akwa Ibom, in connection with a missing plantain in the compound. 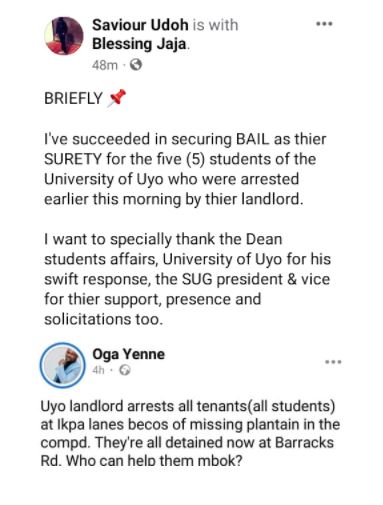 In a latest development, a businessman, Saviour Udoh, said that he has secured the release of the students.

“I’ve succeeded in securing BAIL as thier SURETY for the five (5) students of the University of Uyo who were arrested earlier this morning by thier landlord. I want to specially thank the Dean students affairs, University of Uyo for his swift response, the SUG president & vice for thier support, presence and solicitations too,” Mr Udoh said.

“40% of people in Police Custody is because they lack people to stand in and solicit for thier freedom. If you’ve the opportunity to help, please help.” he added. 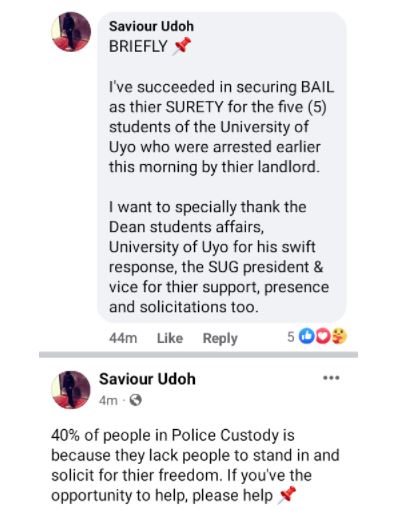