Kemi is back to trolling Tacha as she has reacted to her recent tweet.

The self-acclaimed journalist on Tuesday, March 29 made offensive comments at the reality star over her latest tweets where she bragged about being an international celebrity.

Tacha had in a tweet, on March 27 lashed out at her haters and trolls by making them know she is of an international standard.

She stated that she gets paid in dollars and bragged about being an international celebrity, whom they can never relate with.

Reacting to her tweet, Kemi slammed her for trying to be a ‘gangsta bitch’.

She made her know that such era is over and Tacha wasn’t being ladylike.

Kemi Olunloyo questioned what Tacha meant when she called herself international. See post below: 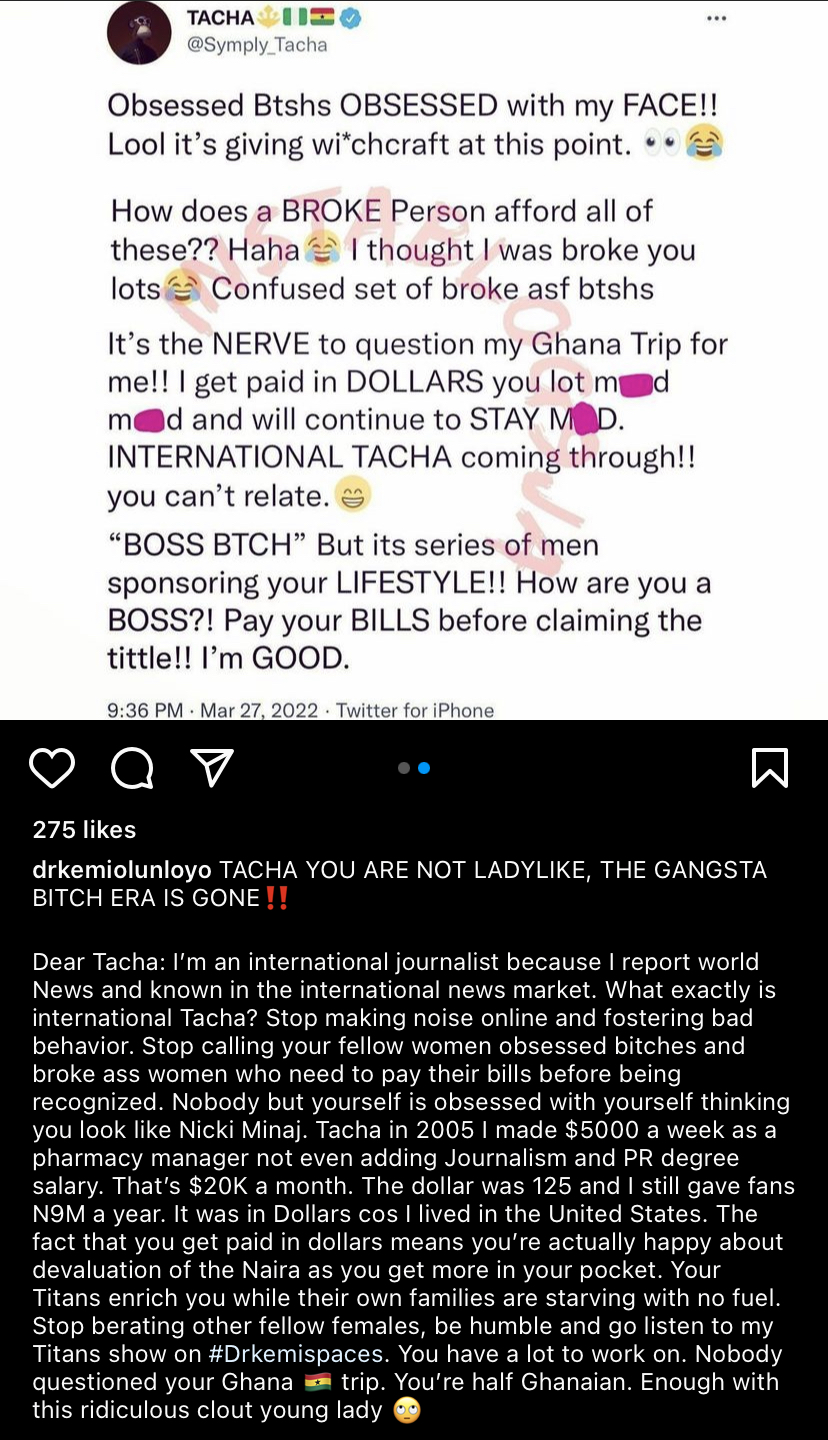 Recall, the self-acclaimed investigative journalist, had earlier in the month revisited an old dispute with Tacha, and dragged her on the micro-blogging platform, Twitter.

Olunloyo took to her twitter page and posted a shocking farewell message to the reality star when she told her to ‘rest in peace’ and accompanied it with a casket emoji. Read details here