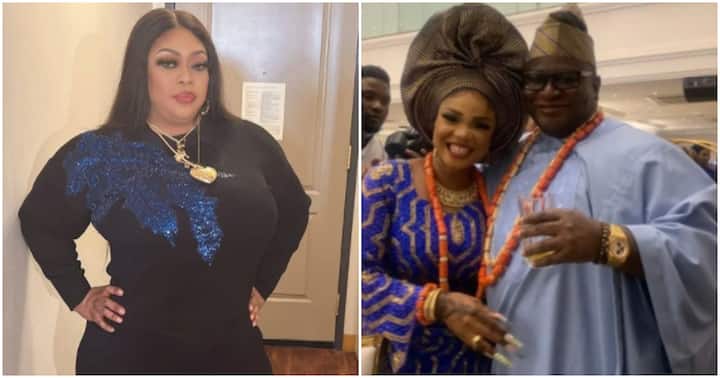 A businesswoman identified as Arashow has taken to social media to drag Actress Iyabo Ojo over the content of her post on her ex-husband’s birthday.

The actress had wished a certain Orlando a happy birthday and despite the lovely caption, she ended it with a shade telling people who did not like that she has Orlando’s back to drink a poisonous substance.

In a post sighted on Instagram, Orlando’s ex-wife, Arashow went on a live session to address Iyabo Ojo.

Arashow noted that at different times, she has had to shut down rumours that Iyabo and her ex are dating and also knew that the actress would post him on his birthday.

However, the businesswoman noted that guilty conscience was what made Iyabo add the shade to the post and called the actress out for saying something like that because they stopped being friends.

Arashow also added that as Orlando’s friend, Iyabo should not throw shades at her or say things about her.