Former big brother Naija ‘see gobe’ housemate, Gifty Powers has taken to her social media platform, in reaction to Nollywood actress, Annie Idibia’s N50 million naira Valentine gift.
Gifty Powers believes that if you want to show off, then one should show off all the way and quit the hide and seek game.
Recall Annie Idibia had announced on her Instagram stories that her husband, 2Baba gifted her the N50 million. 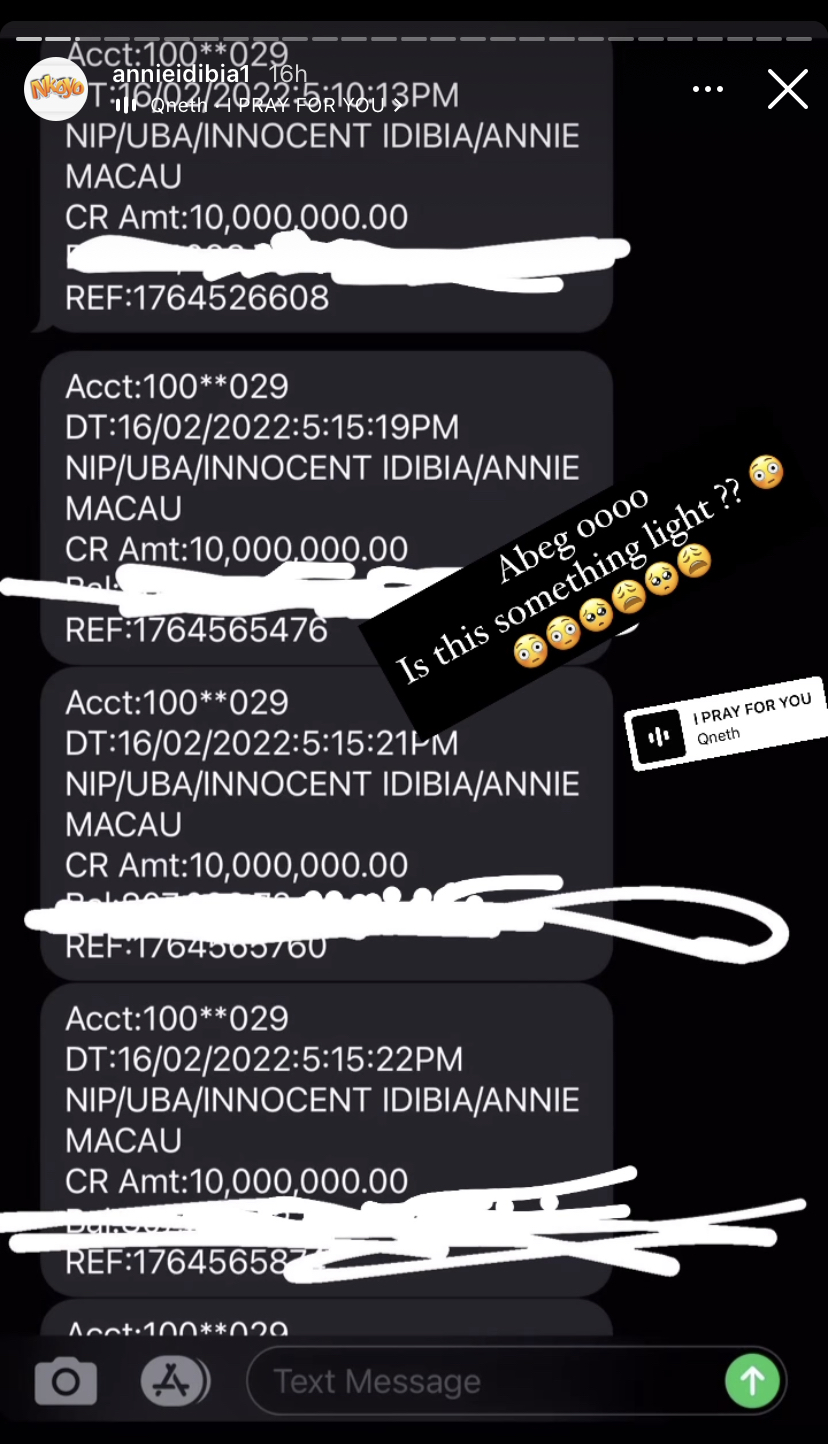 While Annie had posted the screenshot of the credit alert notification, she refused to show off her current account balance.
Taking to her own Instagram stories, Gifty Powers had noted that she has nothing against folks who have received money from their loved ones and decide to announce it, but she wondered why everyone seems to always cover their account balance.

The mother of two disclosed that she wasn’t trying to be sarcastic with her question as genuinely wanted to know the reason behind it and wondered if it was a new trend. 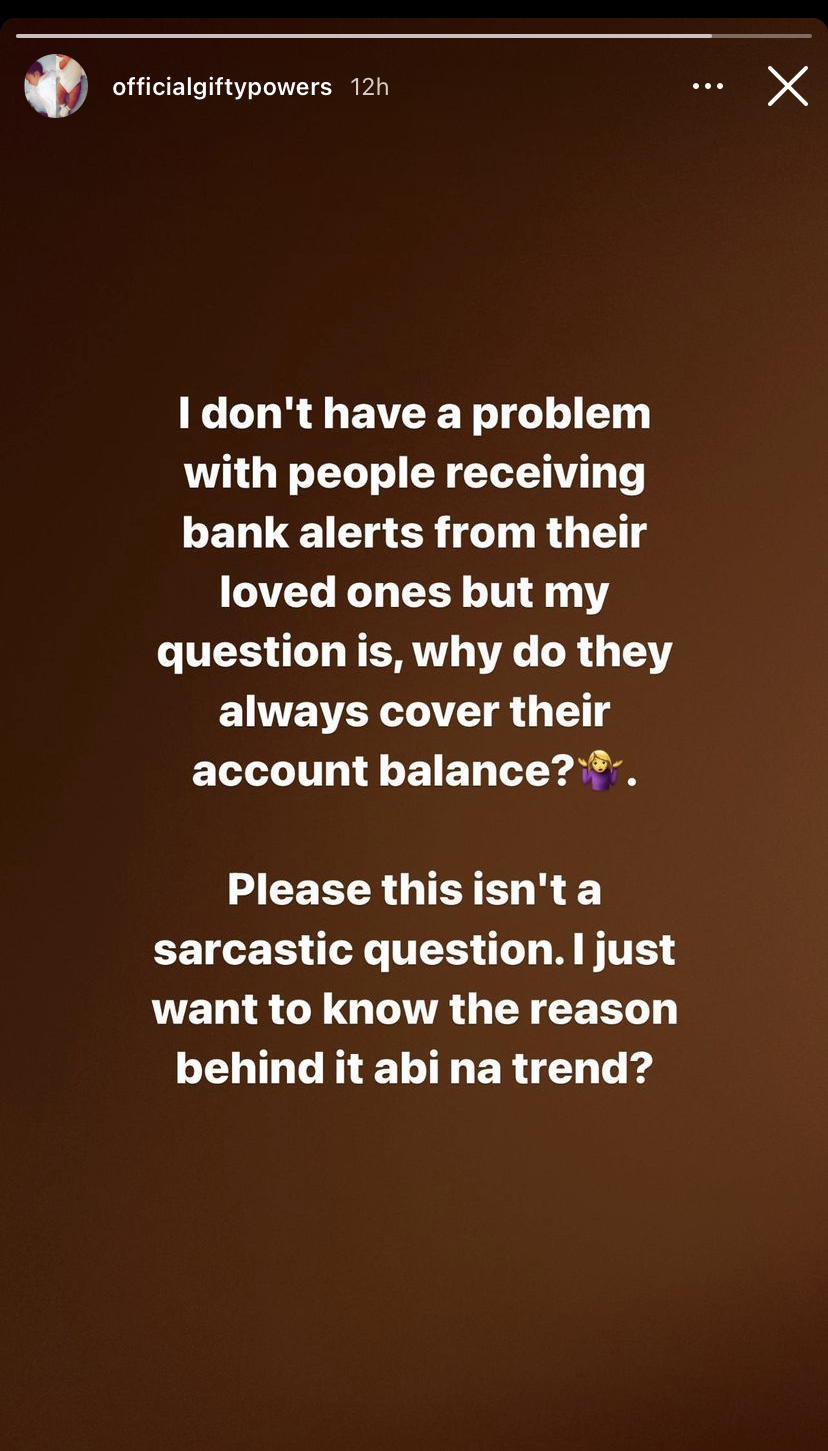 In other news, former big brother Naija housemate, Lily Afe has joined 9 other celebrities as one of the most stylish female celebrities in Nigeria at the moment. Mercy Aigbe, Bimbo Thomas, Toke Makinwa and others also made the cut. Read details here