Police also seized 20 grams of cocaine, some incriminating documents from the accused possession. The estimated value of the cocaine is Rs 2 lakh (N1,108,876.58)

The arrest was made under a special operation against drugs led by the Joint Commissioner of Police (JCP) Partha Sarathi Mahanta.

According to a report published in the Sentinel, the two accused were arrested from Dibrugarh-bound Rajdhani Express at the Guwahati Railway Station on Monday, February 14.

Reports suggest that the two Nigerians did not have valid visas and only had Aadhaar and PAN cards registered at an address in Delhi.

Meanwhile, a case has been registered at the Panbazar Police Station in connection with the matter.

Praising the efforts of Guwahati Police in the special operation against drugs, Assam Chief Minister Himanta Biswa Sarma took to Twitter and wrote,

“@GuwahatiPol hits an international drug supply chain! In an operation led by JCP Partha Mahanta, 20 gram Cocaine has been seized. Also, two accused from Nigeria have been apprehended. Well done. Keep it up @assampolice”

According to a report by India Today on Wednesday, the arrest of the Nigerian nationals has unearthed a link of ecstasy drug cartel in Shillong.

Police have now picked up Prateek Agarwal, a Shillong-based businessman, who is also the owner of Alphine Continental, a famous hotel in Shillong.

Police said that the Nigerian Nationals confessed that they were supposed to handover the cocaine consignment to a ‘carrier’ of a Shillong-based high-profile client.

Based on their statements, police apprehended Sony Sonar, a driver by profession, who disclosed that he was asked by Agarwal to collect the parcel from Nigerian nationals.

According to police sources, Prateek Agarwal confessed that he had asked his driver Sony to collect the cocaine consignment from Nigerian nationals at the Guwahati railway station.

Agarwal also mentioned the names of two Guwahati-based bizmen claiming that they asked him to collect the parcel, North East Now said in a report.

All the accused, the two Nigerian nationals, driver and Prateek Agarwal, were produced before the Chief Judicial Magistrate in Guwahati.

Meanwhile, police have intensified the interrogation to unearth the entire racket. They said that they are probing the case and may arrest more people soon. 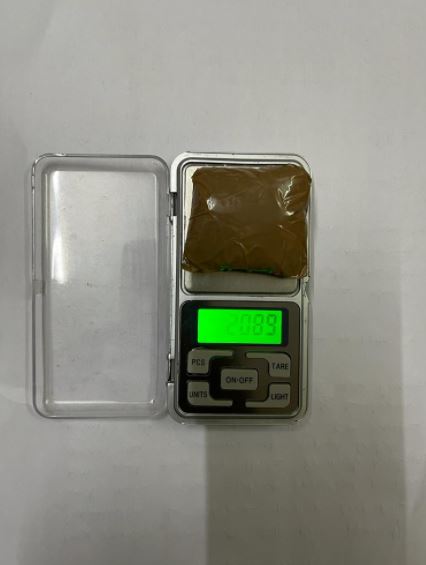 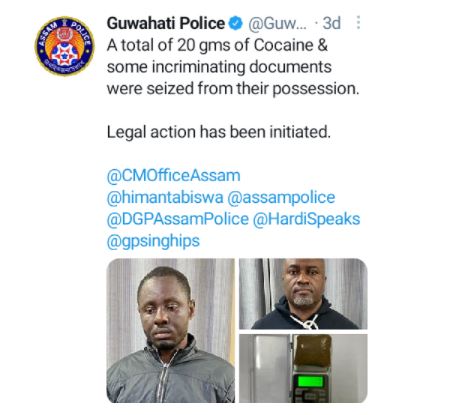