Nigerians have reacted following the decision of the Academic Staff Union of Universities (ASUU) to embark on a strike action.

Recall that the decision was made public by ASUU on Monday.

The union declared a one-month total strike after the National Executive Council (NEC) meeting of the union in Lagos tagged ‘NEC for NEC.’

The academic union made its decision known at a press conference addressed by the President of ASUU, Prof. Emmanuel Osodeke, on Monday, 14th February 2022.

The last ASUU strike which lasted for about nine months (120 days) took place between March to December 2020 forcing students of the nation’s public universities to stay at home.

Speaking at the press conference back in December 2020, the then ASUU President, Prof. Biodun Ogunyemi warned that if the federal government refuses to fulfill its own part of the agreement they will resume the strike without notice. 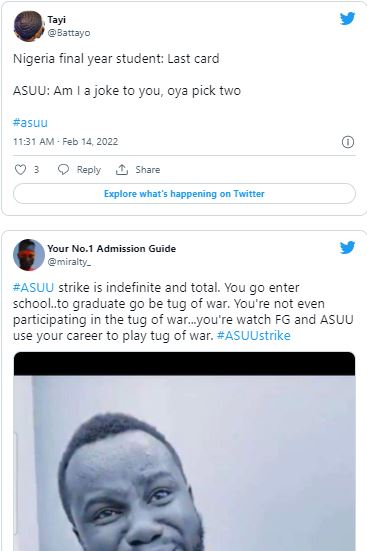 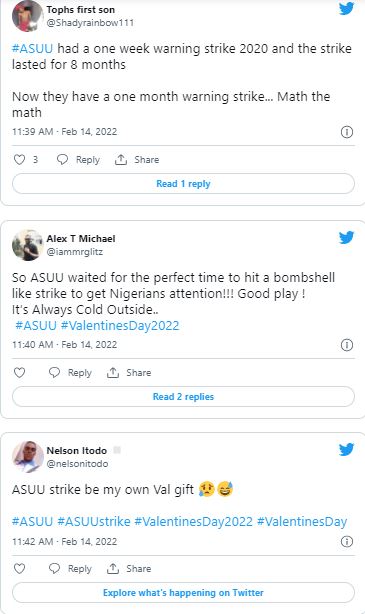 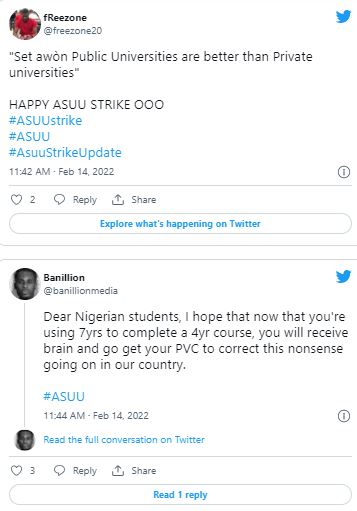 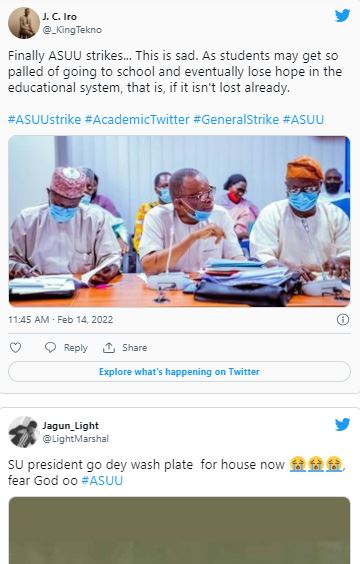 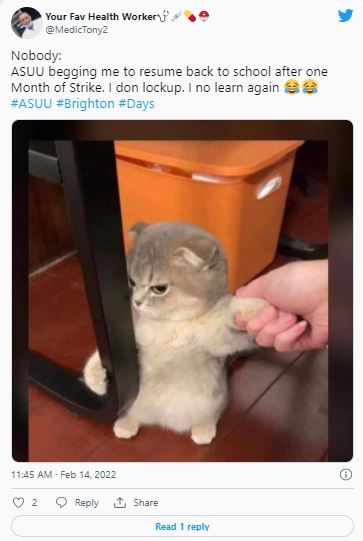