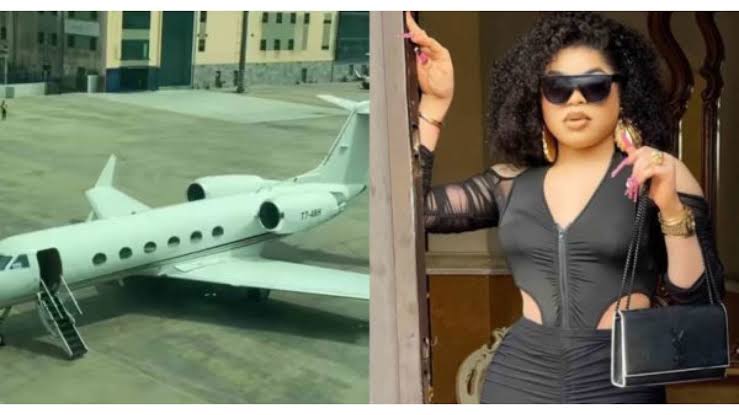 Popular Nigerian crossdresser, Idris Okuneye a.k.a Bobrisky has showed off his boyfriend’s alleged private jet that will fly him out on Valentine’s Day.

Sharing videos of the private jet on his social media handles, the crossdresser could be heard bragging about his boyfriend.

“Where’s your boyfriend, That’s our private jet over there, Valentine is coming,” Bobrisky could be heard saying

In another video, he wrote a caption that reads: “What a view Jet waiting for mummy of Lagos to go and see her man for val. Power and money talking.”

Still on Bobrisky, the Crossdresser reacted after photos and videos of his colleague James Brown in London surfaced online.

An Instagram user took to Bobrisky’s page to inform him about the news of James Brown being in London.