This has raised concerns on social media and her fans, Marians, are now calling out other fanbases.

Report has it that the Maria’s page was allegedly reported by other fanbases in contention to prevent her from reaching 1 Million IG Followers.

Apparently there is an ongoing battle amongst fanbases on whose favourite would hit 1 million followers first and as at the time her page went missing, Maria had about 975,000 followers already. 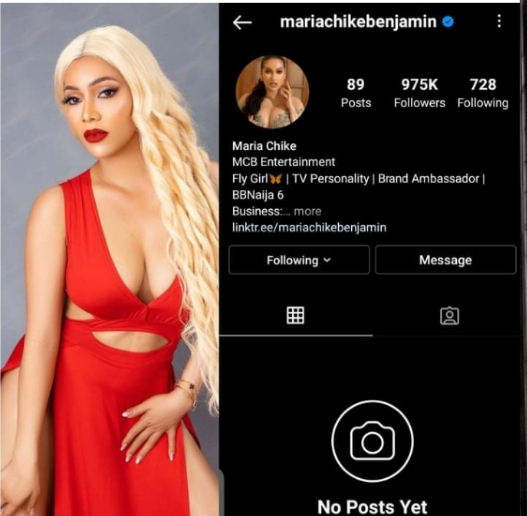 So far, the only shine ya eye housemates to have hit 1 million followers on Instagram are Liquorose and Whitemoney.

At the moment most fingers are pointing towards fans of Angel and Liquorose, but we don’t know how true that is.

Reacting to the allegations, Both Angel and Liquorose’s fanbase have debunked the reports, also fired back at those linking them to her deactivated account. 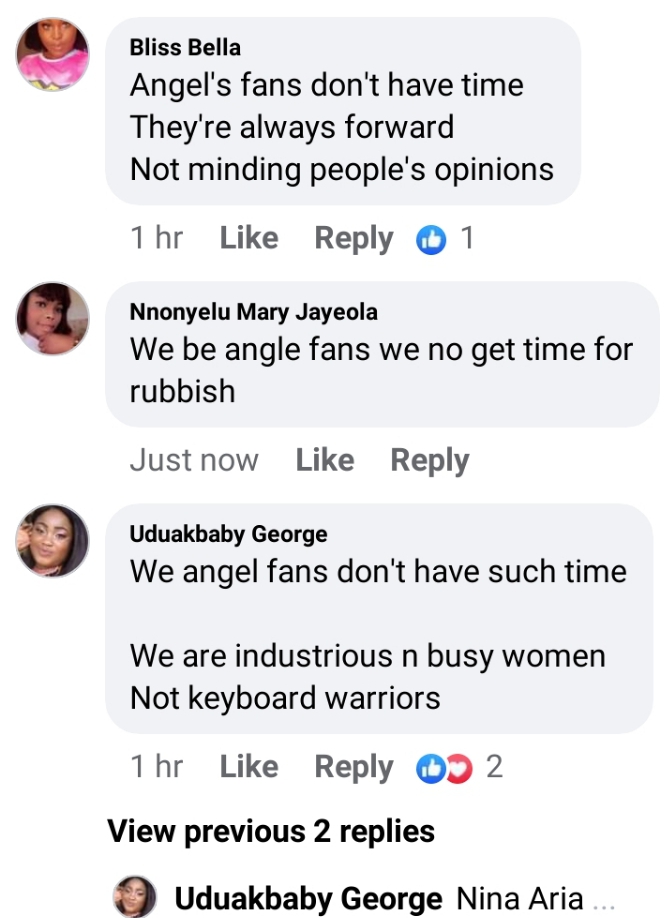 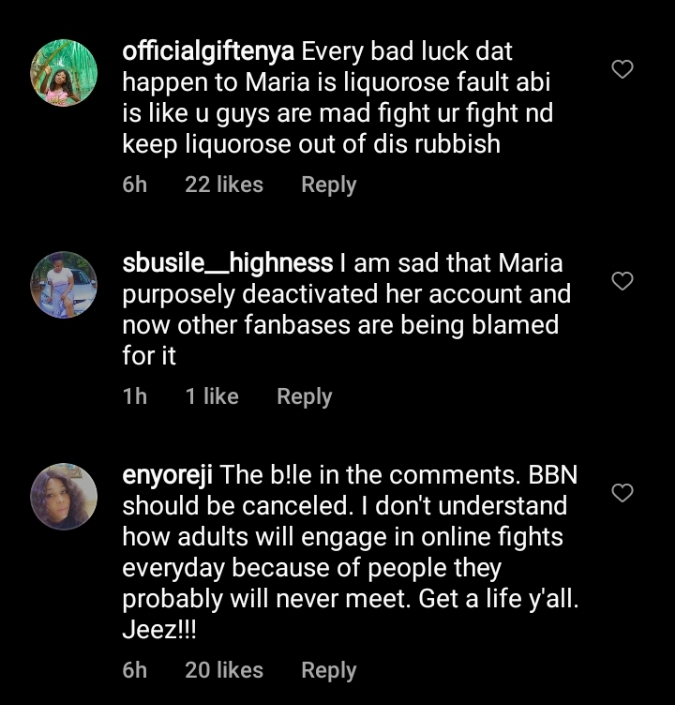 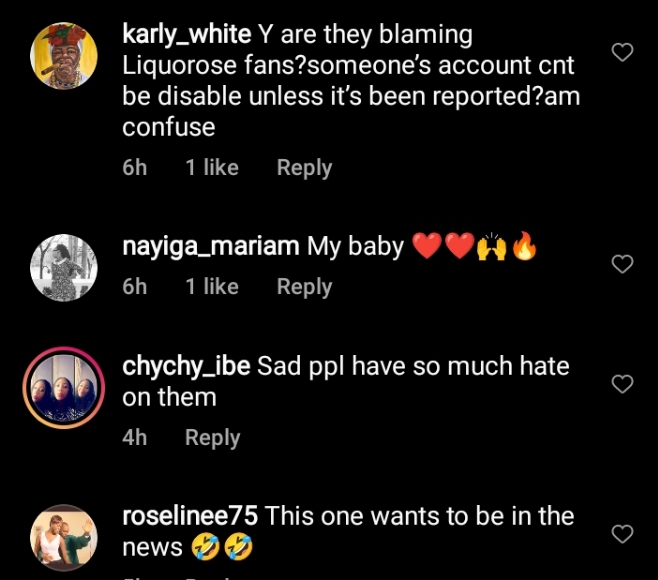 Why I was almost expelled

No never really means no

Why many intelligent women are stuck in toxic relationships