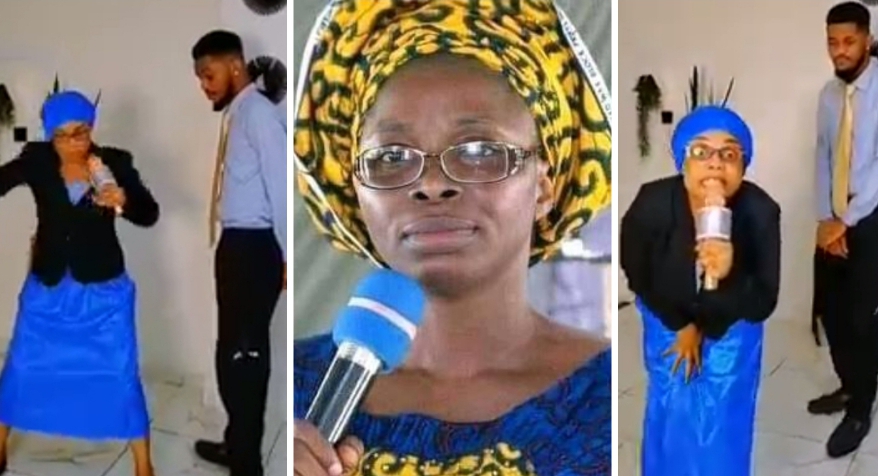 Few hours ago, The movie star uploaded a TikTok video of her mocking and mimicking the Mummy G.O.

She wore a blue beret on a black Jacket and blue skirt, though looking more like a Deaconess than Mummy G.O, played out her role very well in mimicking the popular Evangelist’s sermon on “990 years in the kingdom of darkness”.

Mummy G.O Sermon dates back to 2016, and it is recorded in an Audio Tape which comprise from series 1-5 titled “990 years in the kingdom of darkness”

In other news, Nollywood actor Jnr Pope Odonwodo has broken silence after a video showing him in a messy fight with an unknown road user went viral on social media.