Just recently, Pere took to his page on Twitter and reached out to Liquorose with a post in which he expressed anticipation and excitement about a video of the song they worked on while in the house.

From the General’s post, the song is expected to be a major hit when it is finally released.

Liquorose was also quick to mention how ready and eager she is to hit the studio with him. 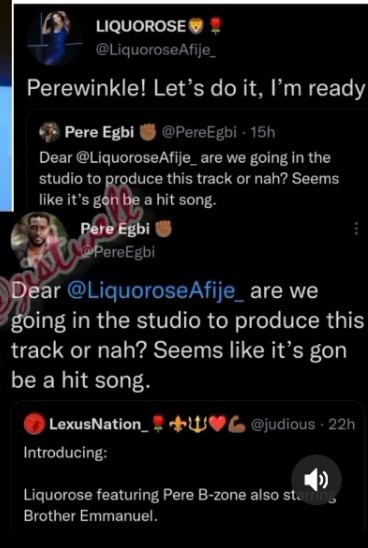 In December 2021, he revealed details of the new program on Instagram, indicating that he will be hosting some of his fans while he transforms them into a new lifestyle.