Reality TV star Uti Nwachukwu has said there is no punishment for those who are not paying their tithes while enlightening his social media followers about tithing.

Tithing, in the Christian faith, is a principle where believers are expected to pay 10% of their income to the church in return for God’s blessings.

Uti, in his latest post, stated that tithing works, but it is wrong to use fear of punishment to threaten congregation into practicing it.

He advised religious leaders to educate their members about its advantages, not lying to them that it is a sin if they don’t pay their tithes.

He shared; “A lot of people get this whole tithing thing wrong! Does it work? Yes! But It is not compulsory! And you will not be punished for not practicing it!

“It is an elective! A covenant blessing available for those interested.

“What is wrong is using fear of punishment to threaten your congregation into practicing it!

“It’s like the government waking up today to tell us that you’d be arrested if you don’t invest in real estate.

“Same goes for first fruits, offerings and all types of giving.

“Let people know the advantages but do not lie to them that they sin if they don’t practice it.

“Love and faith are all that matter in our chosen religion.

Tithing has remained one of the most controversial topics among Christians, many say it is compulsory while others say it is not.

See the screenshots below. 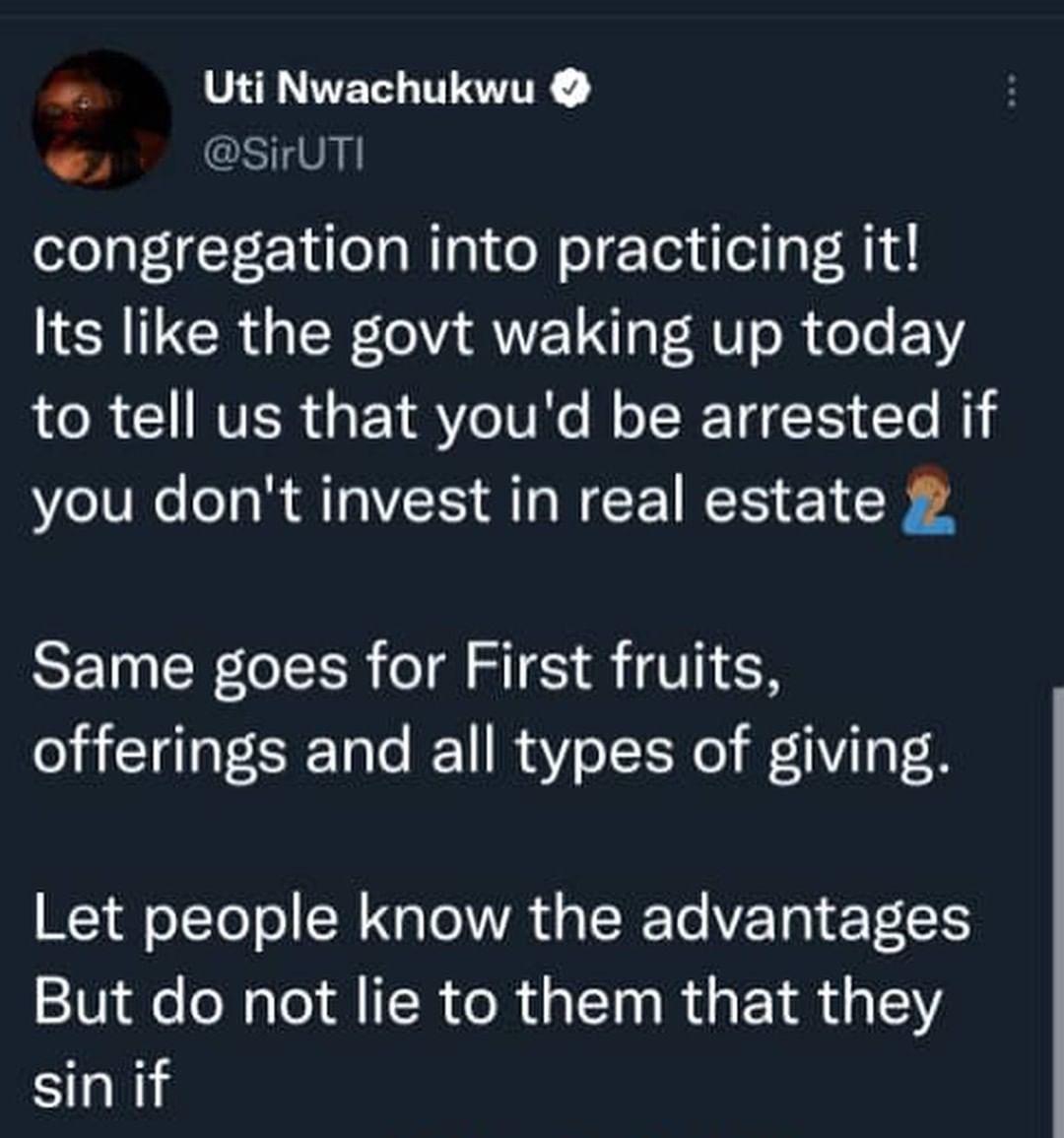 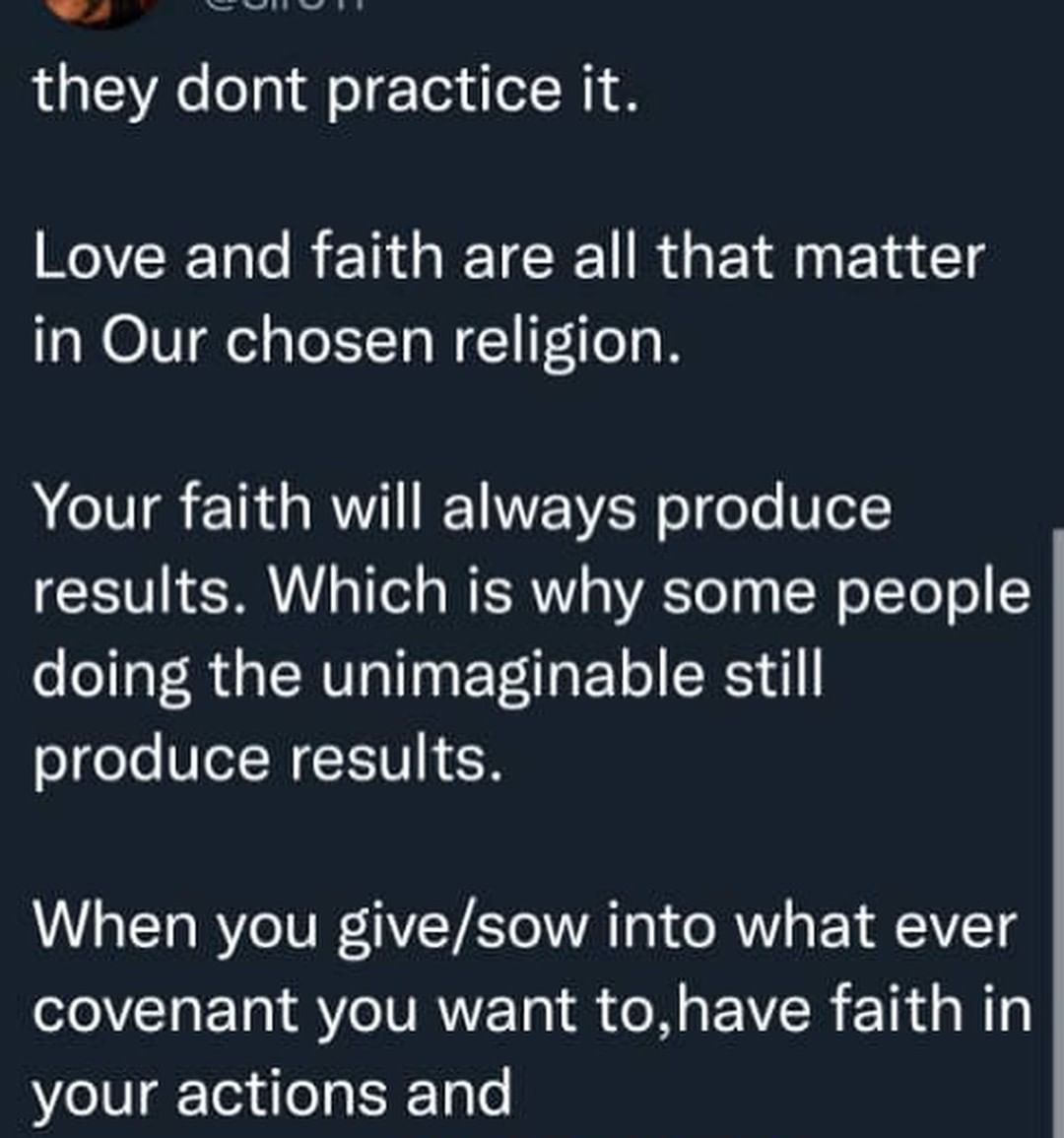 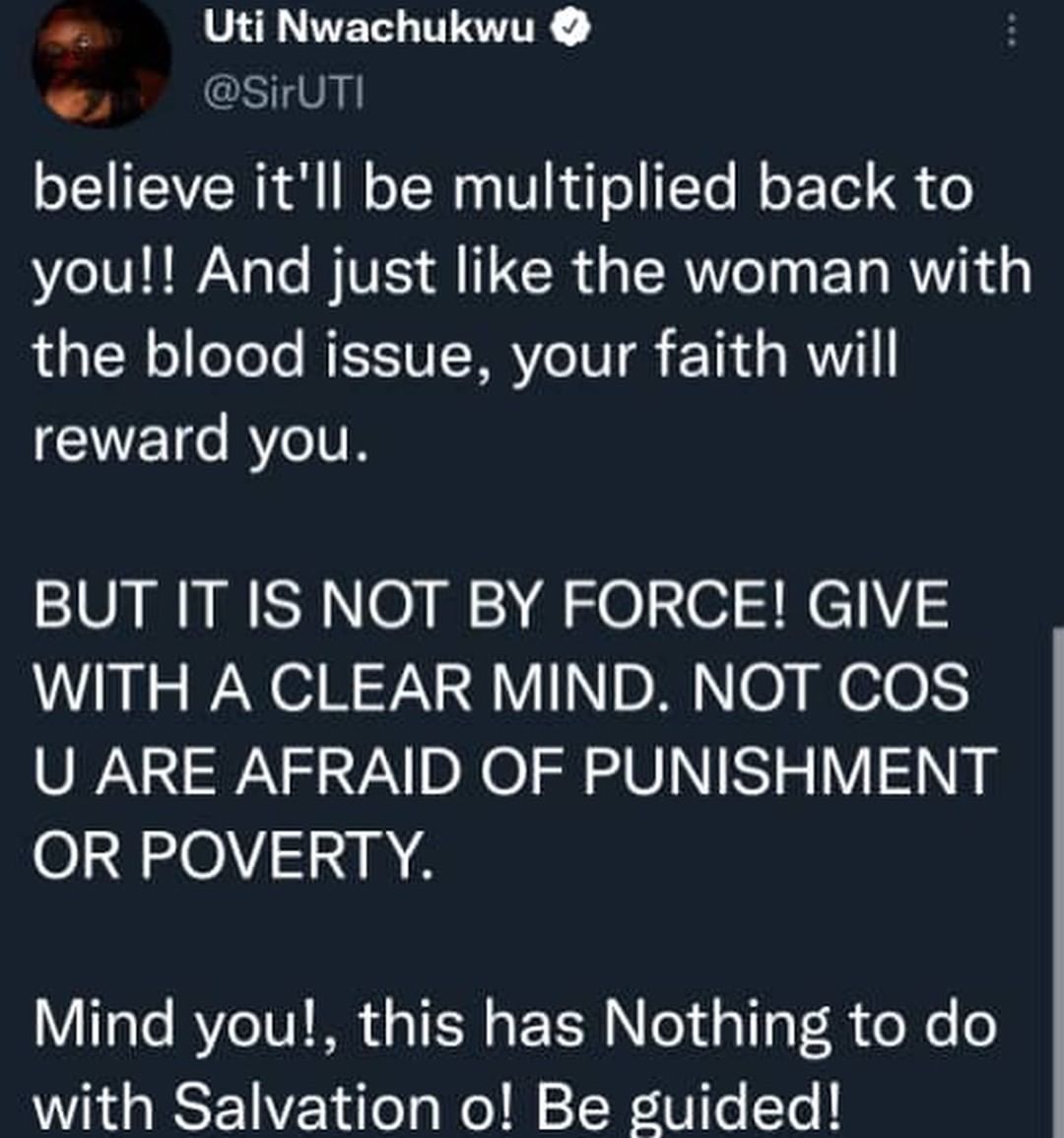 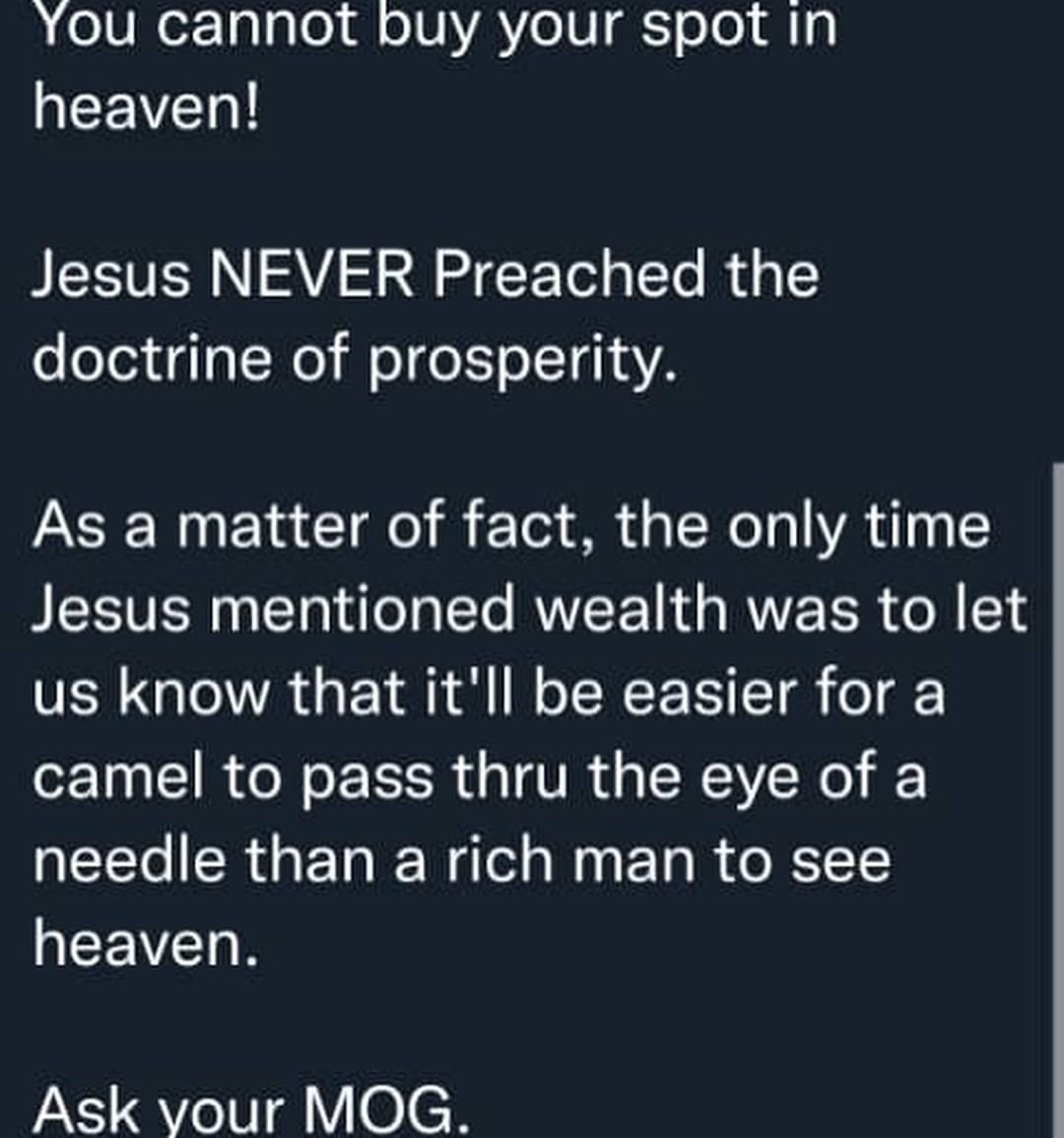