Ex-model, blogger and wife of Nigerian rapper Naeto C, Nicole Chikwe, has taken to social media to lend her voice to those who are ready to listen by telling her ‘origin story’ of how she started her “finest babe in Lagos campaign on Instagram “

Nicole, for the first time took to her verified Instagram account to write about being body-shamed and trolled by Nigerians when she started dating Naeto C.

She revealed she was only 22 when she began dating the rapper who was really popular at the time. Nicole explained that people took to Twitter at different times between 2010 to 2012 just to criticize her face and body, while saying that Naeyo C could do better. She explained that it affected her, especially considering how young she was, but she turned the online dragging around. She said the dragging was just the “catalyst” she needed to begin loving herself.

Now, Nicole seems to have moved past all that happened and refers to herself as “Premium Pie” and “Finest in Lagos”.

A good number of people have taken to the comment section to drop their opinion on the matter. 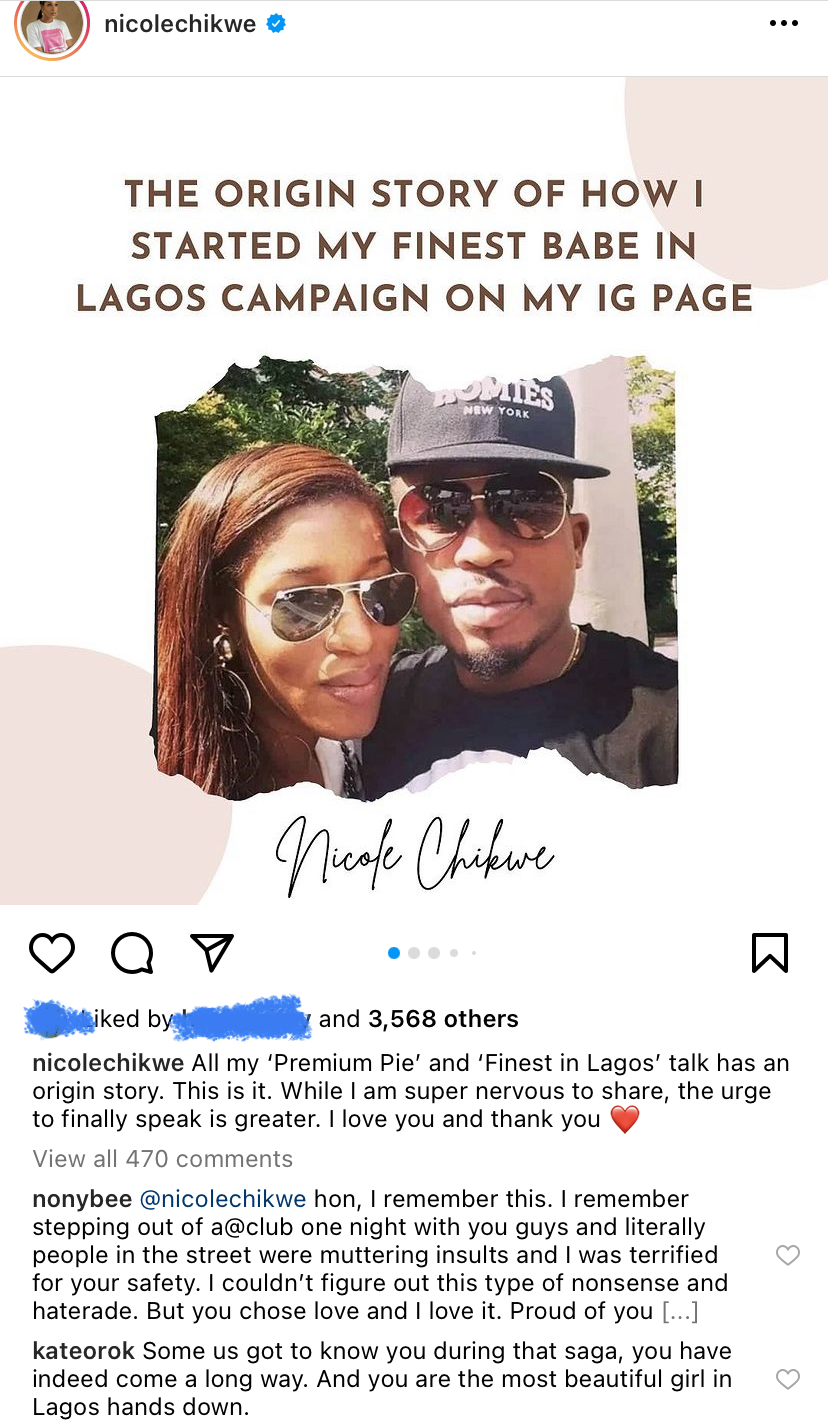 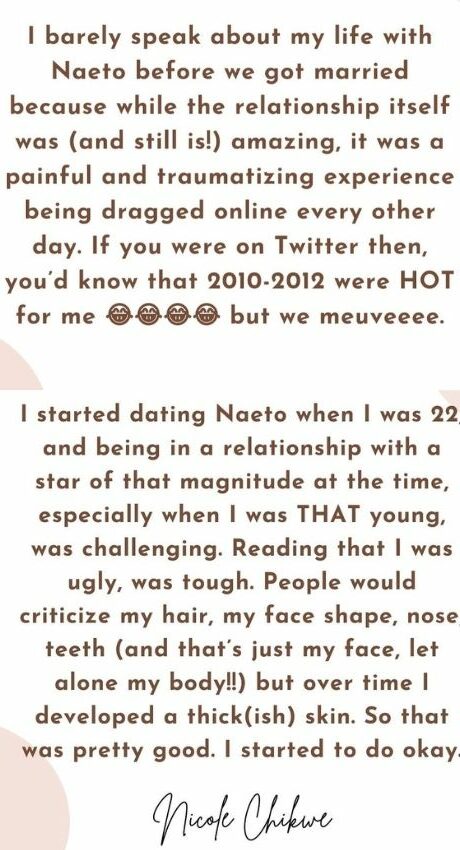 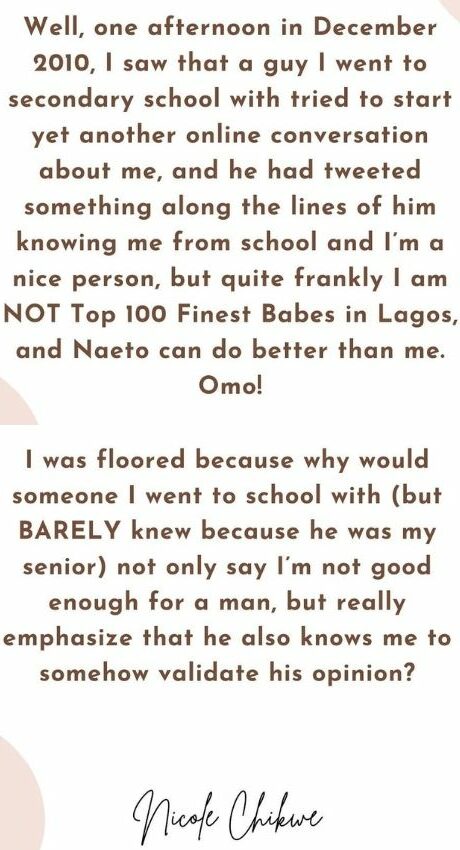 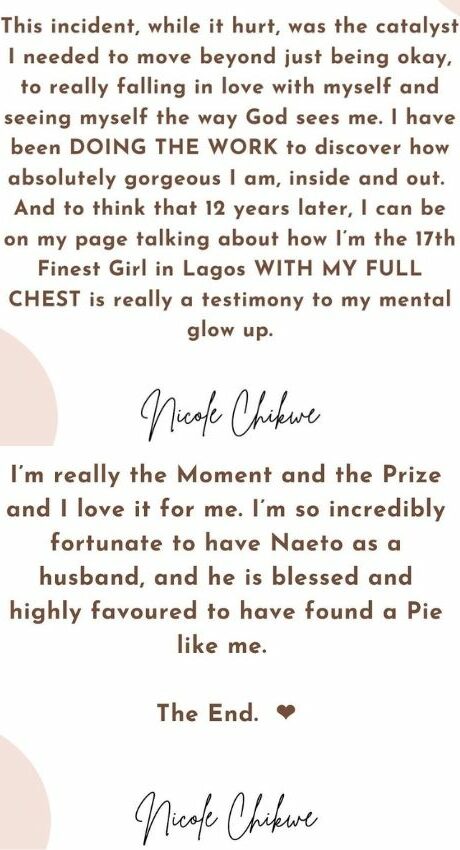