Former Nollywood actress, Caroline Hutchins has for the first time taken to social media to share her experience, dealing with her divorce from her billionaire husband, Musa Danjuma.

Caroline mentioned that sometimes, people are better off as friends than lovers. The former actress also pointed out the importance of seeing a professional counselor when going through a divorce.

She advised divorcees to kill the hate they might develop for their partners as it will only ruin them. 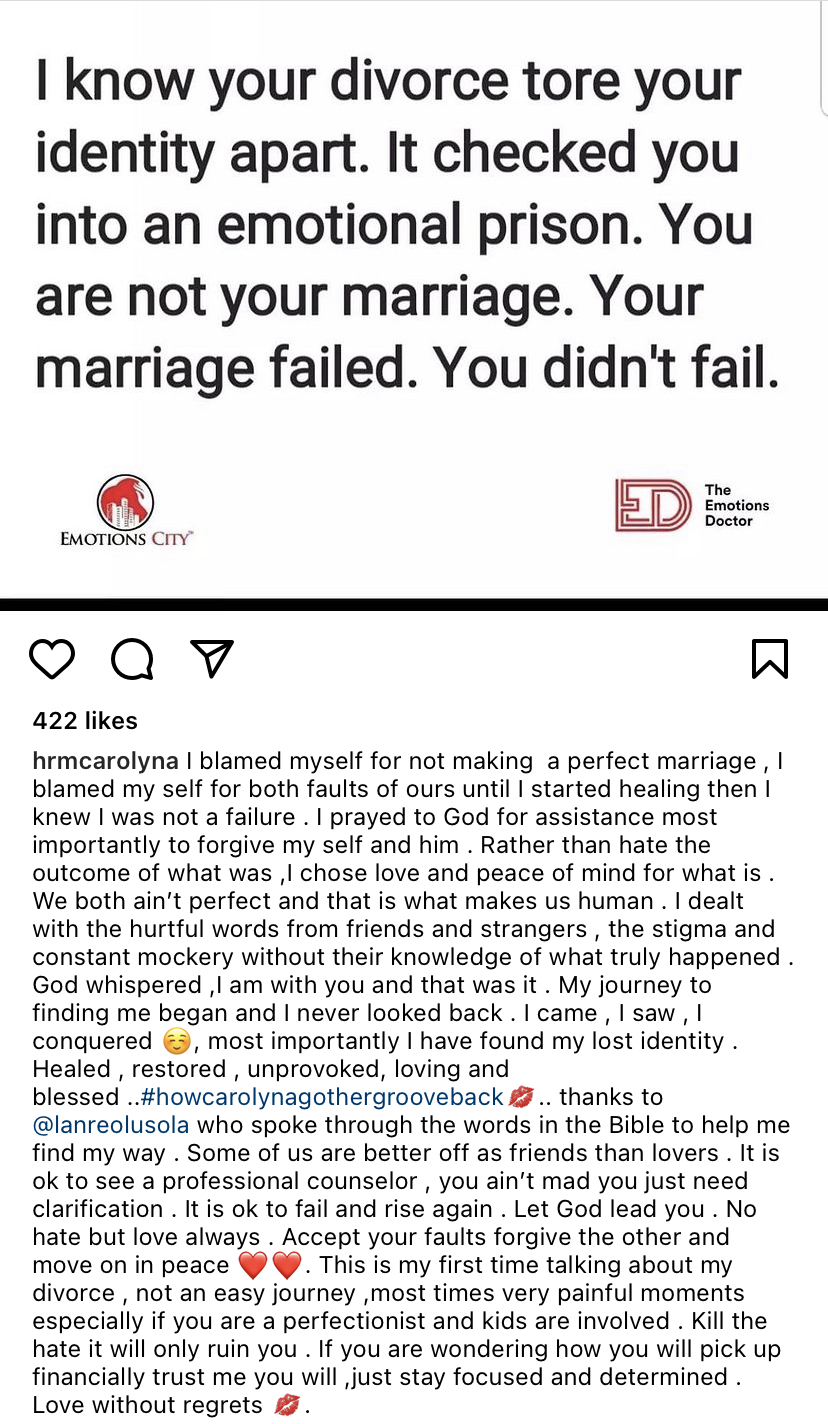