One of his fans asked him about
the relationship between Emmanuel and
Liquorose, (Emmarose).

Recall that during the Bbnaija show, Kayvee once said he doesn’t trust Emmanuel, and feels he is not serious about Liquorose.

The fan asked:
“Do you think Emmanuel is good for
Liquorose”

Kayvee responded by saying he has no business with their relationship.

He wrote:
“Minding my business and flourishing” 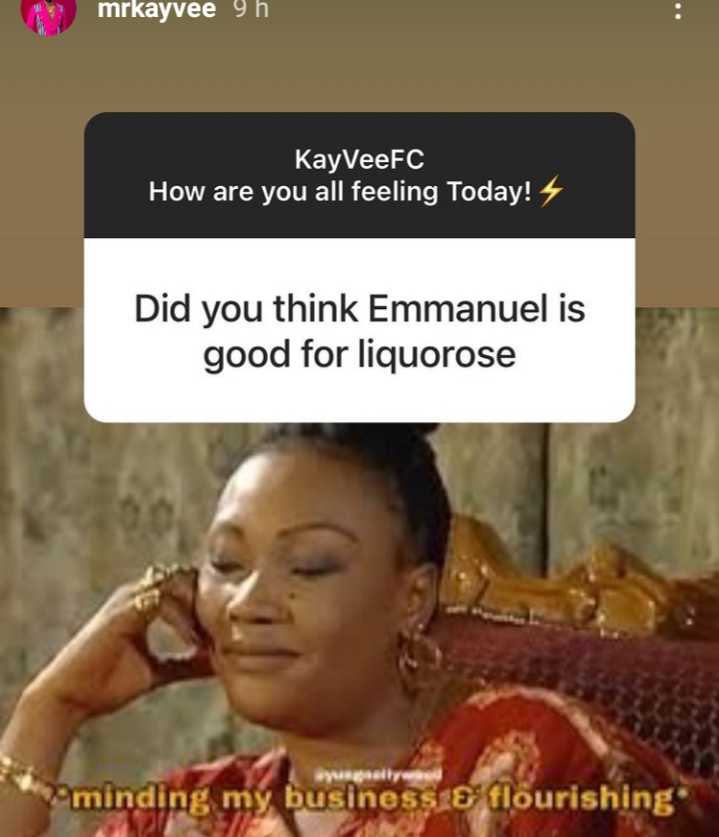 In other news, Popular Reality star and Singer, Whitemoney recently had to react to a tweet by a fan which was an exaggeration of the success of his music career.

In a post sighted online, a man who is obviously a die-hard fan of the singer casually said that Whitemoney is slowly replacing American rapper, J. Cole.