Popular Reality star and Singer, Whitemoney recently had to react to a tweet by a fan which was an exaggeration of the success of his music career.

In a post sighted online, a man who is obviously a die-hard fan of the singer casually said that Whitemoney is slowly replacing American rapper, J. Cole.

Whitemoney himself could not stomach such a barefaced lie as he dropped a reply begging the fan to reduce his expectations. 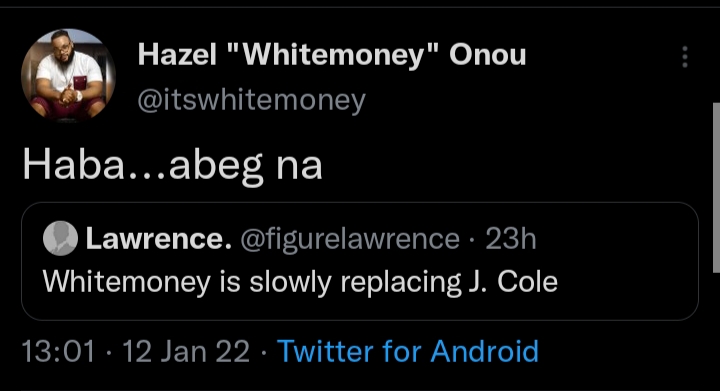 The Big Brother Naija couple announced this on Monday, January 10, through a post shared via their respective social media platforms.