Controversial actor, Uche Maduagwu has taken a swipe at MC Fish, husband of actress Anita, who attacked him on IG last night.

It all started when Uche slammed the couple for making a video of MC Fish squeezing and kissing Anita’s breast and sharing the video online.

Uche found it inappropriate and took to his IG page to call them out. He asked them to stop behaving like ”small pikins” and show some level of maturity.

MC Fish responded hours later, asking Uche to face his red bra and career and leave his marriage alone. According to him, a man that rocks female underwear shouldn’t be asking to be morally upright.

Well, Uche has now replied him, saying that his red bra is more relevant than the career of Anita and MC Fish. 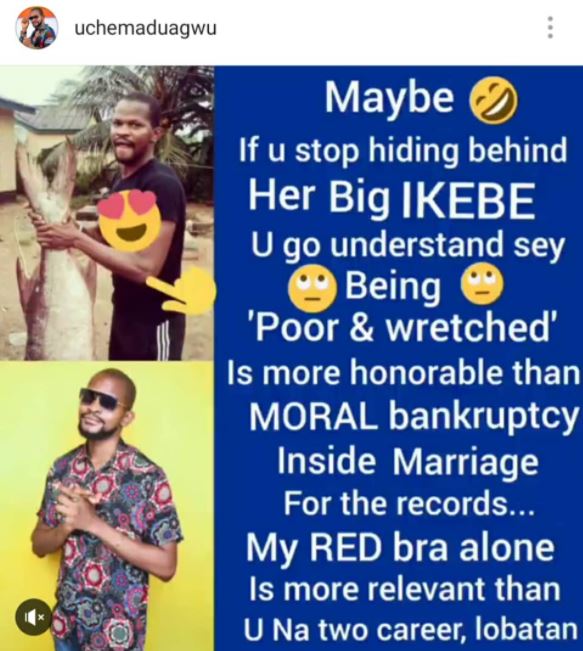