The actress, who took to Instagram to share her near death experience stated that aircraft which was on its way to Asaba, the Delta State capital from Lagos developed fault and crash landed in a remote area.

“What God cannot do does not Exist!!!! My convenant with God is strong and He never lies!! Thank you Jesus!!,” she wrote.

“Arik @flyarikair God punish you and your ill mannered crew with demonic tongues. The male air host told me at the begining of the flight that i should put my box under the chair, that it will save me incase of a crash, i said stop talking negatively, we will not crash in Jesus name!!! only Jesus can save me!!!

“He said there is nothing like Jesus keep fooling yourself and i said to him, Only a FOOL says theres no God. They freaking knew the aircraft was faulty!! Damn!!!!! Bring out my luggage let me go catch another flight. Lousy Bunch.” she added. 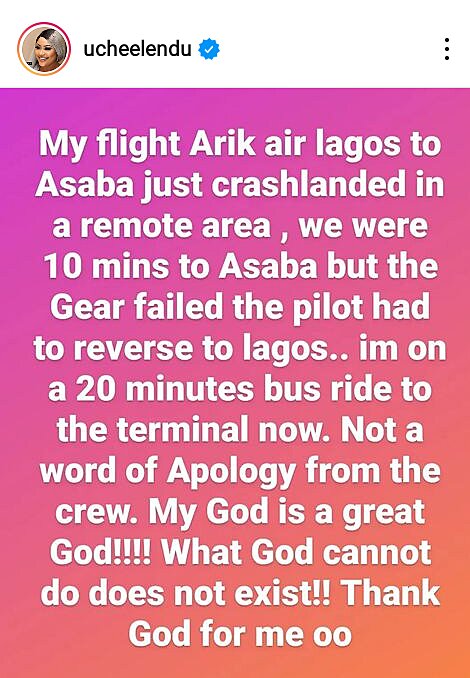 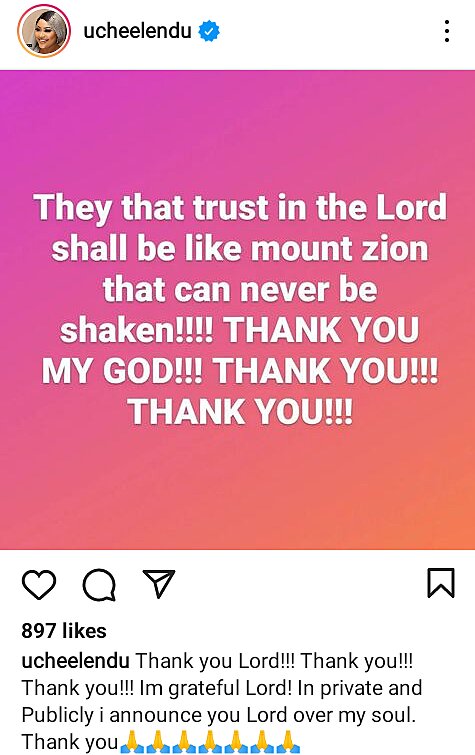 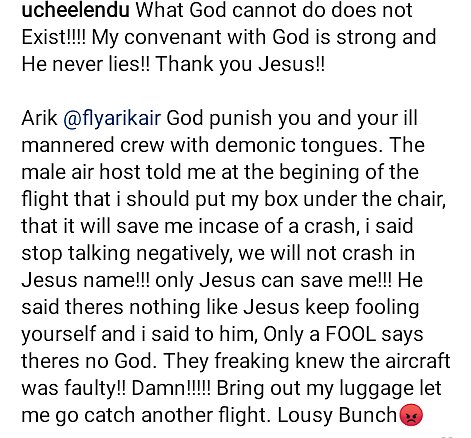 RMD Gushes Over Wife As She Clocks 50

I have never loved anyone like I love him