Popular reality show star Dorathy Bachor has called out her colleague Kiddwaya for claiming he had a lot of victims during their games while in the house.

Kiddwaya was close to almost all the ladies in the house even though he made it clear he was interested in Erica.

However, In his recent post on social media, Kiddwaya claimed that most of his colleagues were his victims during some games while in the house.

Reacting, Dorathy who came across his assertion on snapchat, asked Kiddwaya to clarify the game in context and mention the Co-housemates that ended up being his victims in the house. 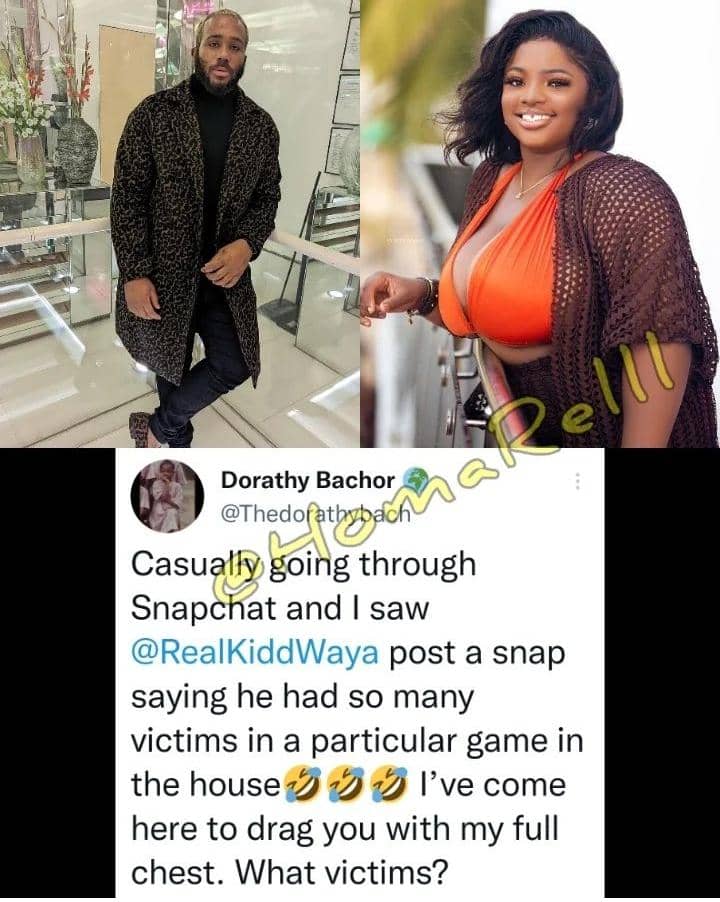 In other news, on Tuesday, BBNaija lockdown housemate, Vee shared a loved up photo with a guy which she captioned with a love emoji ❤️, amid breakup rumors with lover, Neo.