Nigerians are hard workers but still a saying goes, all work and no play makes Jack a dull boy hence the need for people to relax their nerves after having a tough day. There was a time when going to shows and buying tickets to see standup comedy was the trend but not anymore as life keeps advancing. Standup comedy shows are still a thing but comedians have even made it better by quenching the thirst of Nigerians by creating comedy skits and sharing them on their social media accounts so everyone could have access to it and watch at their convenience.

Here is a list of 16 amongst the top comedy skits makers in Nigeria who are making the rounds;

Popular comedian, Debo Adebayo popularly known as Mr Macaroni is a comic skit maker, actor and activist. He was born May 3,1993. He is best known for his Instagram comedy videos, where he plays the role of a “sugar daddy” called Mr Freaky or Daddy wa.

Macaroni is famously known for these phrases: 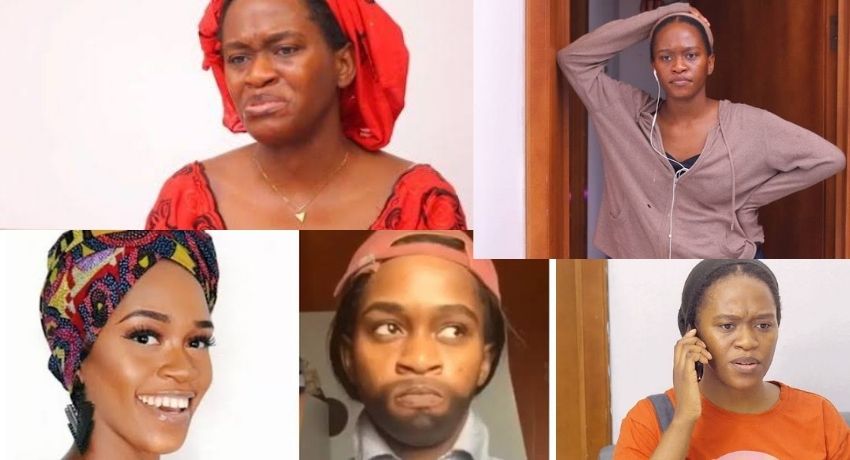 Maraji role-plays in her comedy skits and switches between accents and vocal pitches to suit each character she plays.

Adebayo Ridwan Abidemi, popularly known as Isbae U Barbie, is an actor, singer and Instagram sensation who is currently making waves in the entertainment industry with his very comic skits.

He is one of Nigeria’s distinctive comedy brands at the moment who has carved a niche for himself. Isbae U came into limelight in 2019 after he was featured in another Instagram comedian, Mr Macaroni’s skit. He was  born April 5,1995.

He is also known for the phrases:

Michael Sani Amanesi, known by his stage name MC Lively was born August 14, 1992. He is a Nigerian comedian and actor.

MC Lively began his comedy career in 2015 and came into the limelight through his funny skits “Agidi” which talk about events or real life issues in Nigeria.

Called ‘Tao’ for short, she is known for acting multiple roles in her comedy skits. In Tao’s earlier skits, her signature used to be her mother (Iya Tao) giving her resounding slaps.

She became popular for playing dual role in her comedy skits which evolved over time as she keeps adding and diversifying. Currently Tao plays up to 6 characters ranging from

Chukwuemeka Emmanuel Ejekwu popularly known as Mr. Funny and Oga Sabinus in his comedy skits is a Nigerian comedian, content creator, social media influencer, and actor. He was born on the 30th of January, 1995. 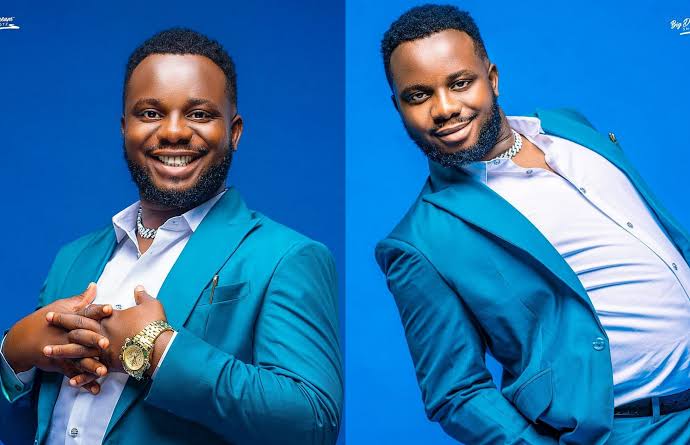 He introduced the trend “Something Hooge” to many including his fans and he is also known for his facial expression that ends almost all his skits.

Chukwuebuka Amuzie popularly known as Brain Jotter is a fast-rising Nigerian comedian, actor and content creator. Brain Jotter was born on 5th of February 1995. He has thrilled his fans with a different kind of comedy by freely walking away from people with his shoes in his hands whenever their words are irrelevant.

He is famously known for the phrase “abeg getat” and also for his ‘I don’t care’ attitude in his comedy skit.

Nosa Afolabi, better known as Lasisi Elenu, is a Nigerian comedian, actor, compere and musician who was born April 20,1991. One of Africa’s most popular influencers, he is known for his skits with a ‘wide mouth’ disguise filter during performances and on social media.

Lasis Elenu is Nigeria’s number one ranter who is always angry and shouting in his skits. Though he now plays different roles in his skits, he is known for using an app to change his voice and facial looks, which brought him to limelight.

Woli Agba is the oldest skit maker on my list. Born Ayo Ajewole on November 29,1982, Woli Agba is a talented musical artist and indigenous comedian born.

He is best known for his gospel-themed comedy where he dons a white robe as he acts as a priest. He performs using the Yoruba native dialect.

He is popular for slapping his counterpart Ade in his comedy skit.

Ereme Abraham, better known as Twyse is a Nigerian comedian and actor.

He is best known for acting many roles in his comedy skits. Born 28 July 1992, Twyse is also a singer.

Born September 13,1993, Shaggi’s interpretation of characters such as Inspector Perry, Akanni Ibadan, Professor Dele and Broda Shaggi, the prototype of An out-and-out lout and labourer known in local parlance as agbero is almost perfect.

Abdulgafar Ahmad Oluwatoyin, professionally known as Cute Abiola is a Nigerian comedian, who is also a Naval officer, entertainer, video producer. He is popularly known for his comedy skits on social media. He was born April 28,1996. In 2015, he took to Instagram and started recording 15 seconds video.

Cute Abiola made his big break earning thousands of followers on Instagram after he made a video to support Big Brother Naija’s contestant Bisola. 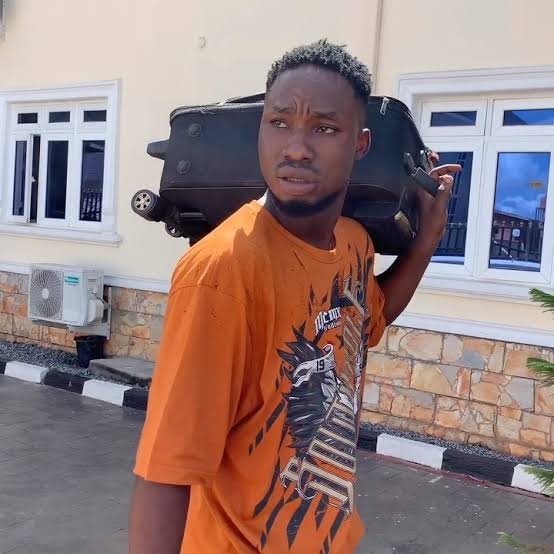 Sunday Joshua Martins was born March 15,1999. He is a comedian, actor and cinematographer, content creator, and social media influencer known by his stage name De General.

He is a hilarious skit maker who came with a different style by carrying a bag in his comedy skit, earning him “The bag god”. Most fans of De General don’t know the idea behind the bag he holds while making his skits, but he is loved for it. 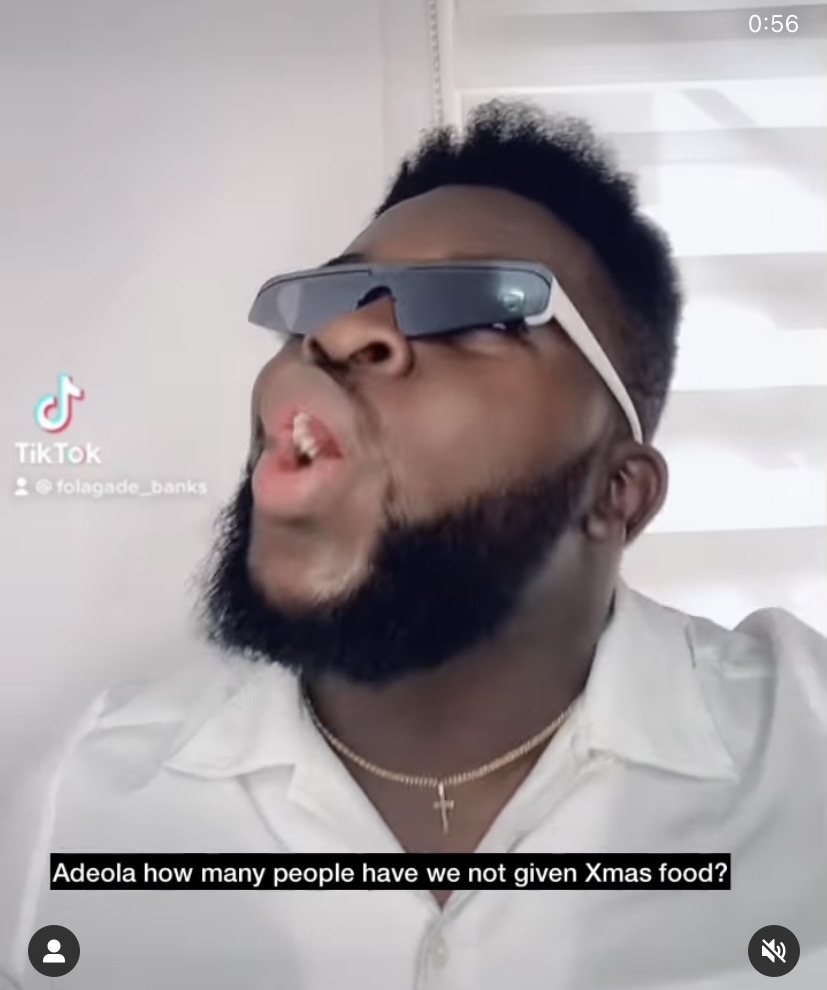 Folagade Banks is a fast rising comedy skit maker who recently became noticeable for his unique Instagram and TikTok videos where he mimics Yoruba mothers or relatable situations in Yoruba homes.

Bukunmi Adeaga Ilori popularly known as “KieKie”, is a Nigerian Tv personality, content creator, brand influencer, fashion stylist and enthusiast. She was born on the 20th of June, 1990.

Kiekie is also popular for her comedy skits where she twists her tongue and speaks with a certain native accent.

Missing Bangladeshi Actress Murdered By Husband? Check Cause Of Death