Nigerian singer and Unilag prospective undergraduate, Rema has revealed his plans for female students in the Federal tertiary institution, being a lady’s man that he is.

The soundgasm crooner has since sent social media into a frenzy as he made it known that he gained admission into the University of Lagos. Rema said he’s open to older girls in their finals despite being a 100l intake.

See what he tweeted below:

Fresher no mean say I no go relate with final year student o, if you don’t gerrit forgeAboutrit 😉🍑 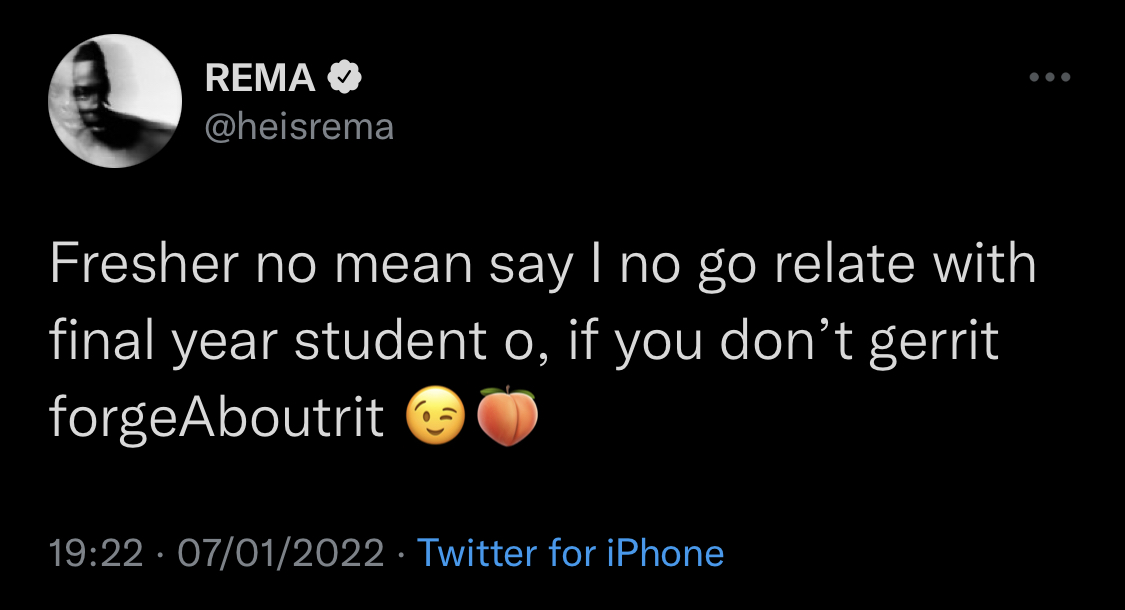 21-year-old Nigerian singing sensation, Divine Ikubo, professionally known as Rema joined thousands of others in the 2021/2022 Academic session at the University of Lagos. The Mavin act will be majoring in Creative Arts. Congratulations are sure in order for the young man touted to be the future king of Afrobeat.

This time last year, I was begging for money to buy a Benz, now I have two – Blaqbonez

Why Is Apslei on Twitter Viral Video Is Trending on Social Media?