Controversial founder of the Commonwealth Of Zion Assembly (COZA), Pastor Biodun Fatoyinbo has been lambasted by a former choir coordinator of the church, Nnenna Kalu-Ude .

Kalu-Ude lashed the man of God on Instagram, accusing him of being responsible for the death of her friend, Tega, who was also a choir member.

In a lengthy post on Thursday, Kalu-Ude also alleged that Fatoyinbo might be using occultic power to twist the mind of his church members.

She accused Fatoyinbo of maltreating workers of the church, saying people who want to speak up about the “evil” going on in the church either fall ill or die mysteriously.

The lady further described Fatoyinbo as a “community p#nis”, adding that his wife Modele knows that he “fancied the hell” out of her.

See the screenshots of her posts below: 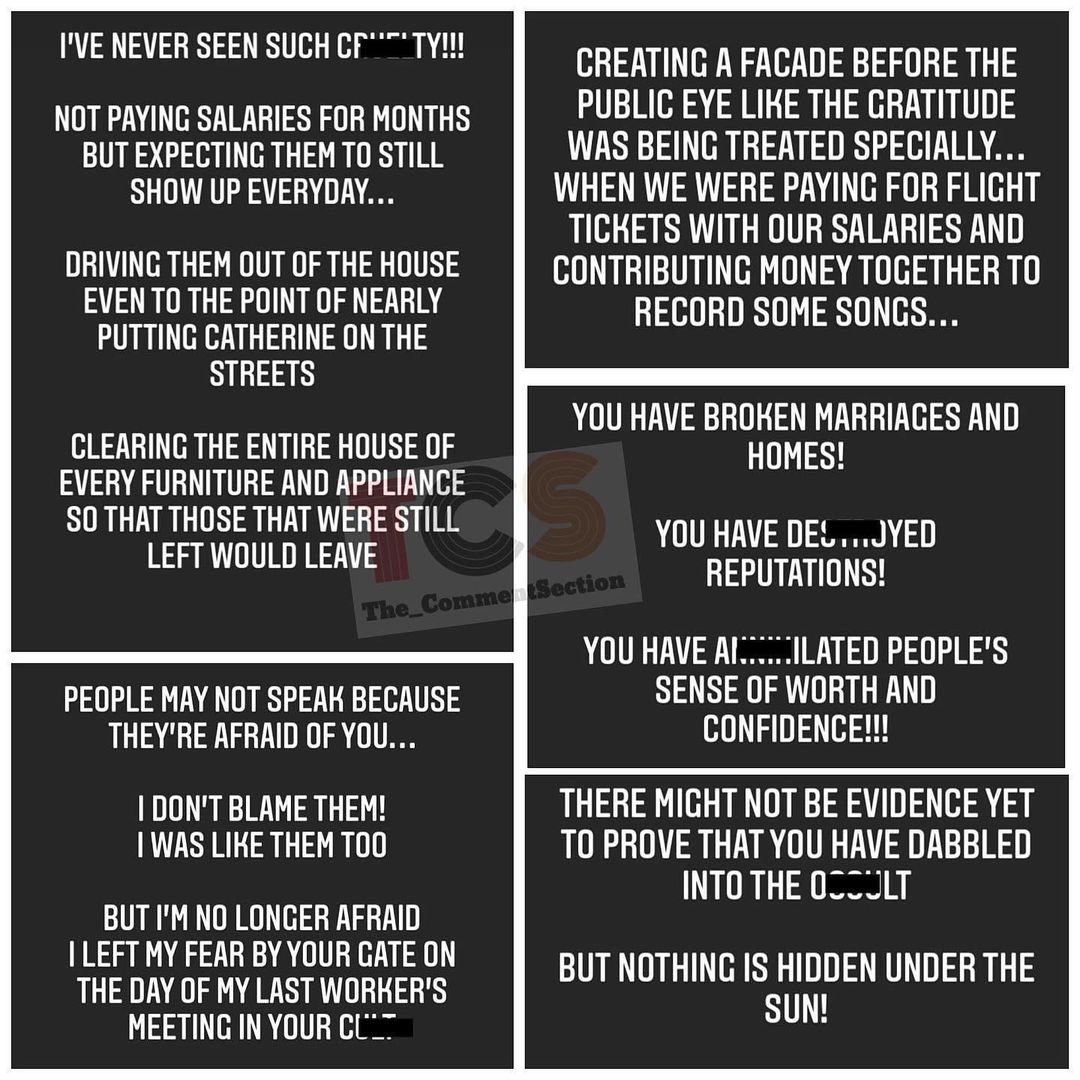