Former Big Brother Naija housemate Jumoke Zainab Adedoyin, also known as JMK, has taken to her Instagram story in a recent question and answer session she had with her fans, to explain that she never wanted Emmanuel while the two were together in the house.

Emmanuel, who’s mostly with Liquorose even after their stay in the house, was presumed to be the one that Jumoke had an interest in, due to their seeming closeness while in Big Brother’s house.

However, the 23-year-old explained that she never wanted him. Prior to that, she was accused of lying about her feelings, but she insisted that it wasn’t a lie at all, and that she simply wasn’t into him as some believe.

While explaining further, the Kwara state lady added that she never expected anyone to believe her which could be presumed to be natural for humans, especially as they were not in the house with them there but apparently watched from their screens. 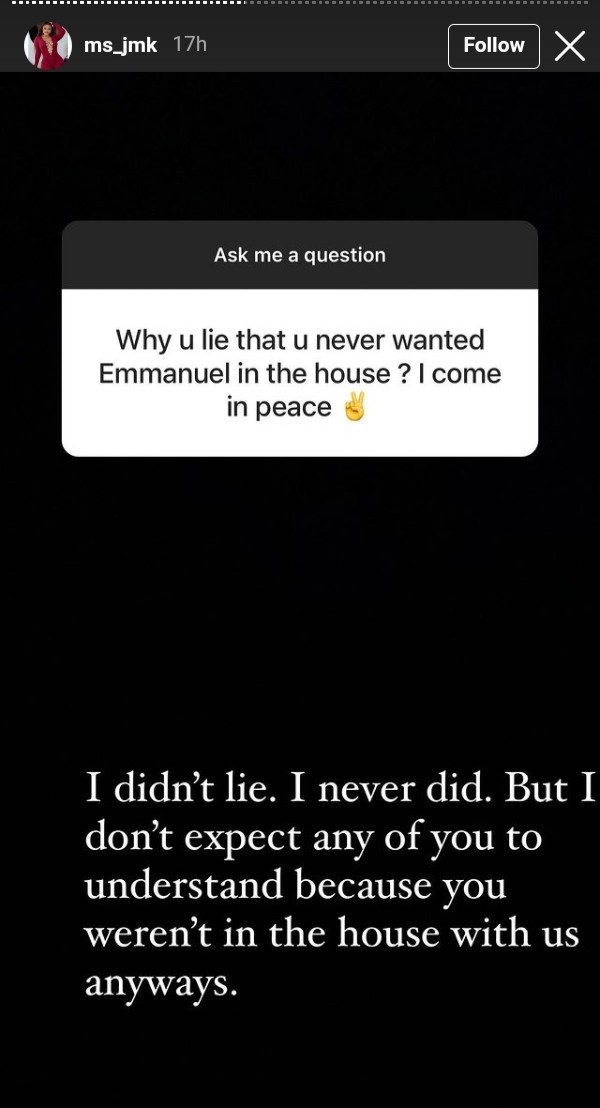